KABC
NEWPORT BEACH, California -- A man who was convicted of sodomizing a 3-year-old female relative in Orange County was resentenced Friday, this time receiving a longer prison term.

Kevin Rojano-Nieto was re-sentenced to 25 years to life behind bars after the state's 4th District Court of Appeal overturned the original sentence.

Sentencing for an Orange County man convicted of sodomizing a 3-year-old relative was delayed until Jan. 12, but the judge made it clear the man would get 25 years to life in prison.

"First, Kevin would like to express his deep remorse," Public Defender Melani Bartholomew said in court Friday. "It is not an excuse that he suffered unspeakable abuse."

Rojano-Nieto showed little emotion during the proceedings. Family members said he was abused as a child and needed help more than punishment. They said he is changing his life through faith.

"As bad as it is, what Kevin went through, he's still a predator to children," cousin Whitney Bokosky said outside the courthouse. "And it's important that we protect society."

The judge's April 3, 2015 ruling angered a lot of people, with some calling for his resignation. The recall effort ultimately failed when organizers could not get enough signatures to get it on the ballot last June.

Kelly's statements during the 2015 sentencing also drew the ire of Orange County supervisors and organizers behind the recall effort.

"He (Rojano-Nieto) was playing video games and she (the victim) wandered into the garage," Kelly said. "He inexplicably became sexually aroused but did not appear to consciously intend to harm (the victim) when he sexually assaulted her. There was no violence or callous disregard for (the victim's) well-being."

Kelly had argued that a life sentence would violate the state and federal constitutions regarding cruel and unusual punishment, but the appellate justices rejected that argument, citing a state Supreme Court ruling in which a 17-year-old's first-degree murder conviction for a shooting during a marijuana farm robbery was knocked down to manslaughter.

Unlike the defendant in the marijuana robbery, Rojano-Nieto was not a juvenile and he did not commit his crime due to a panicked impulse, the panel noted.

The justice also said that it would not be right to argue, as Kelly did, that the girl's general well-being since the attack and lack of physical trauma weighed in the defendant's favor.

"Put simply, a sex offense against a small child is a grave offense because of the vulnerable nature of the victim and the risk of psychological harm to the child, regardless of any associated physical injury," Irion wrote.

The panel, unlike Kelly, was not swayed by Rojano-Nieto's show of remorse during the trial, noting that he continued to molest the victim after the sodomy and did not express remorse right away.

"Instead, Rojano denied his actions to his mother, and he also refused to admit the molestation during the police interview until after he was confronted with the fact of (the victim's) injuries," Irion wrote. 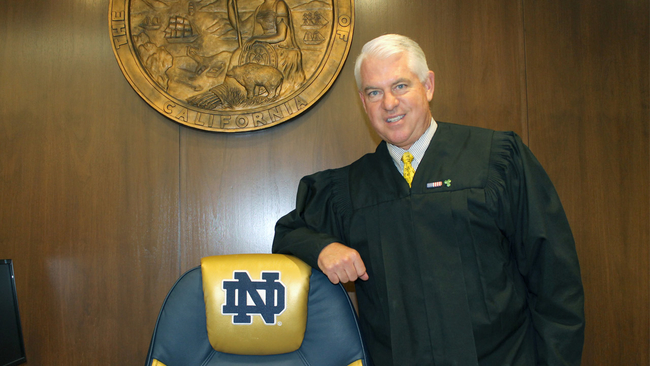 Orange County Board of Supervisors demand controversial judge to resign