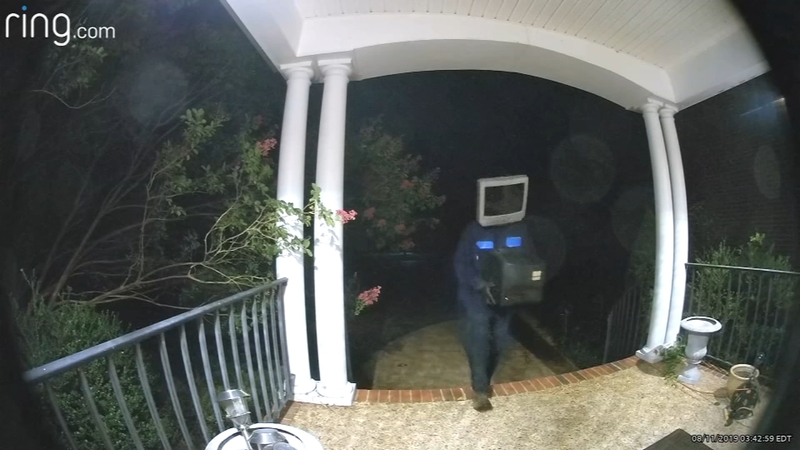 HENRICO COUNTY, Virginia -- Residents living in a Virginia neighborhood woke up to find free televisions on their doorsteps. It sounds like a great gift until you see the older box sets left at the homes.

No need to adjust that dial. Doorbell surveillance cameras captured the man with a TV set over his head, laying an older set down on someone's front porch and just walking off.

"He wants to be known as the TV Santa Claus. I don't know," Brooksbank told WTVR-TV.

"I thought my son brought it home, but apparently not. They had way too much time on their hands if they had all these TV's and spread them all over the neighborhood," said homeowner, Michael Kroll.

Henrico Police are tuned into the situation. They have security camera video from multiple neighbors, but think it's only a prank targeting no one in particular.

"At most this seems to be more an inconvenience to the community," said one officer.

Officers and county workers spent Sunday morning picking up the old units and hauling them away.

"The police did a great job of coming up and collecting them all," said Brooksbank.

This is the second time the TV set mystery has played out in Glen Allen. The same thing happened in a different neighborhood last August.

"I think it's just a prank. Some college students who are just bored," said Kroll.

"It's summer, and people are getting ready to go back to school. Maybe TV man was just ready to strike and put a little humor in our lives," added Brooksbank.

In the absence of knowing the brains inside the box, these homeowners are left only to guess what it all means.