Man wanted after stripping naked at clothing store in The Woodlands 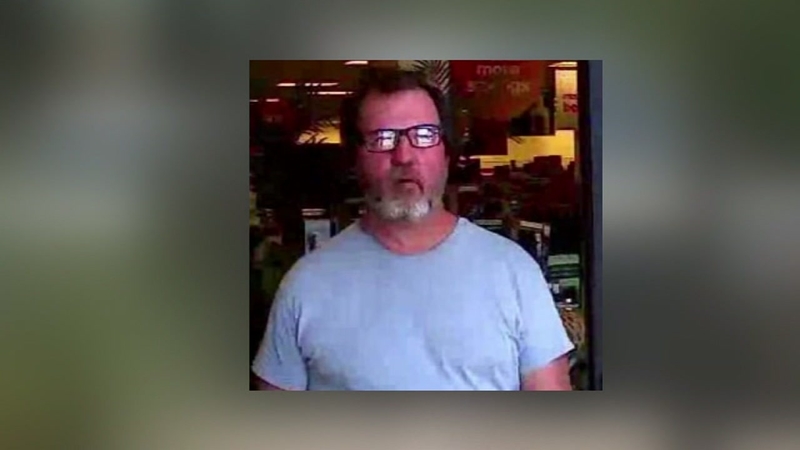 Man wanted after stripping naked at The Woodlands Mall

THE WOODLANDS, Texas (KTRK) -- The Montgomery County Sheriff's Office is trying to track down a man they say exposed himself at a clothing store in The Woodlands last week.

Employees said the man walked into the store alone. When they approached him to see if he needed assistance, he said he was just 'looking.'

A few minutes later, the staff said they spotted the man walking naked in the store. He had taken off all of his clothes and was holding them in his hand.

Customers and employees screamed at the suspect, and he took off running out of the store. The suspect quickly got dressed while he was running out the door.

During an investigation, deputies learned that this same suspect had also exposed himself at a TJ Maxx in Shenandoah on May 15, and again at the Kirkland's in Oak Ridge on May 16. There are also reports of the suspect exposing himself in other law enforcement jurisdictions.

The suspect is believed to be driving a dark gray Ford F250 or F350, 1999 to 2007 year model, extended cab, short bed pickup truck with a black bug deflector on the hood, and no front or rear license plate number displayed.

If you recognize the suspect in the pictures, you're asked to contact the Montgomery County Sheriff's Office at 936-760-5800.
Report a correction or typo
Related topics:
the woodlandsnaked in publicindecent exposurenaked manflasher
Copyright © 2021 KTRK-TV. All Rights Reserved.
More Videos
From CNN Newsource affiliates
TOP STORIES