Search continues for suspect who killed young father in his garage 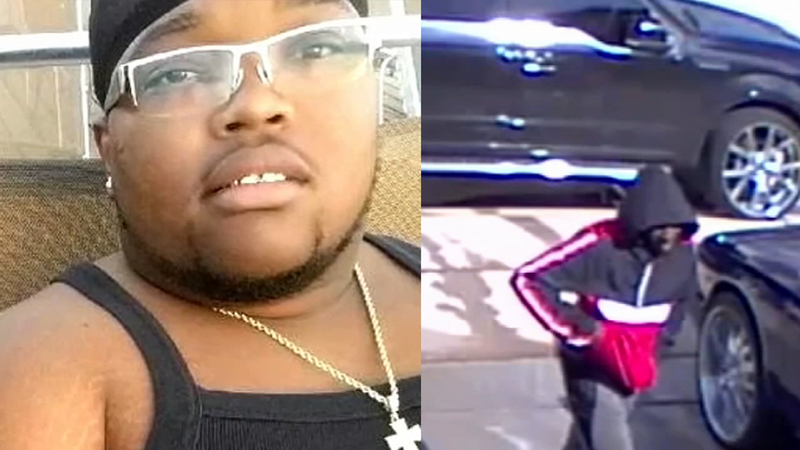 Search continues for killer of father killed in own garage

HOUSTON, Texas (KTRK) -- Houston's Crimestoppers is expected to release a new video that could help find the suspect involved in the shooting death of 29-year-old Deodrick Bradley in north Harris County.

It has been nearly two months since the shooting death of the young father and authorities are asking for the public's help in finding his alleged killer.

Bradley's wife is expected to speak at a press conference on Monday morning at Houston Crimestoppers.

Bradley's wife found her husband dead shortly after she received a phone notification of an alarm at the home in the 3600 block of Arbor Trails Drive.

The notification showed a short video of an unknown man in a red, white and black hoodie walking up the driveway. The suspect then makes a friendly gesture moments before he pulls a gun out of his pocket and kills Bradley.

The Harris County Sheriff's Office released a video of the suspected killer, asking the public for help with identifying him.

The married father of two young children was in his garage. When his wife was unable to reach him by phone, she went home to find him dead inside. He had been shot several times.

Anyone with information about the case is urged to contact the Harris County Sheriff's Office Homicide Unit at 713-274-9100 or Crime Stoppers at 713-222-TIPS or online. Tips can also be submitted online at www.crime-stoppers.org.

Crime Stoppers may pay up to $5,000 for information leading to the charging or arrest of the suspect.