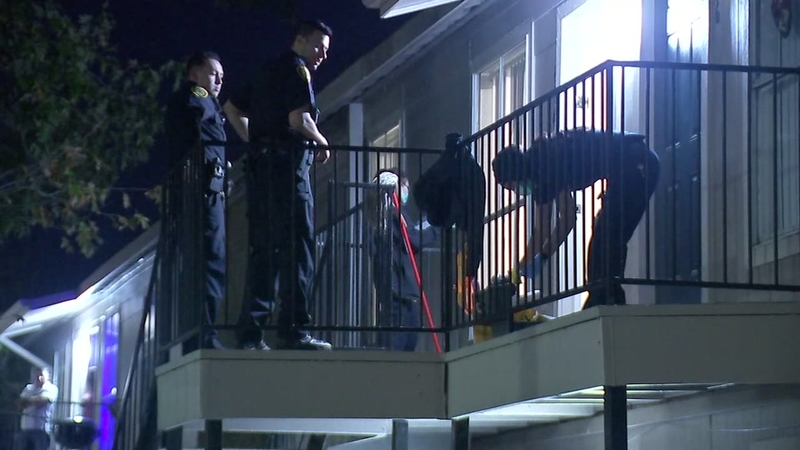 According to police, it all happened around 8:50 p.m. Saturday at an apartment complex at the 5200 block of Gasmer Dr.

Officers say they responded to a call about a disturbance between a woman, her new boyfriend, and her ex-husband. The situation turned deadly when the ex-husband reportedly fired multiple shots at the new boyfriend.

The victim died at the scene, police say.

The woman and the couple's young child, who was in the apartment at the time of the shooting, were not injured.

Authorities tell ABC13 the woman lived with her new boyfriend, as she had been divorced from her ex-husband for some time.