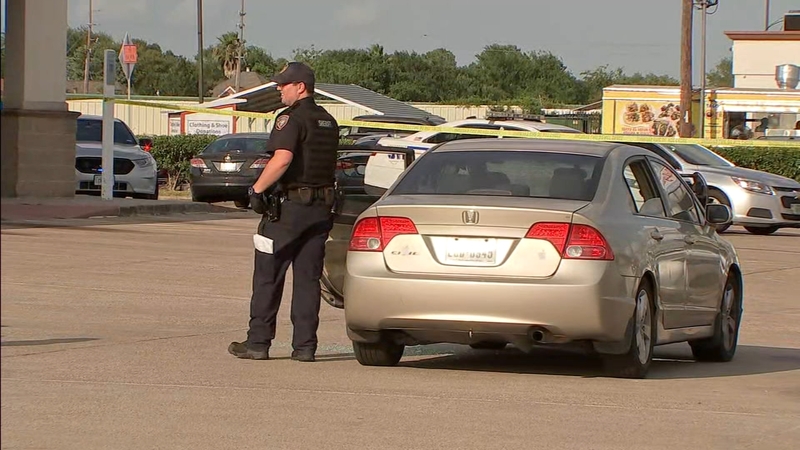 Man shot in face outside Walgreens in NW Harris Co.

HOUSTON, Texas (KTRK) -- A carpool driver is in critical condition after he was shot in the face outside a Walgreens store in northwest Harris County.

Deputies are searching for the driver of a dark-colored heavy duty truck, possibly a tow truck, after gunfire erupted just before 4 p.m. at FM 529 and Queenston Boulevard.

The sheriff's office said the man had just dropped off several co-workers when the suspect's vehicle pulled up next to his gold Honda Civic.

Investigators said the suspect in the truck walked up to the Civic and exchanged words with the victim.

Witnesses told deputies there was no yelling or an argument, but that a gunshot rang out shortly after.

The heavy duty truck took off, leaving the man with a gunshot wound to the face.

The victim was taken to Memorial Hermann Hospital via Life Flight. He is in critical condition, but stable, according to deputies.

Deputies said the suspect shot the man through the driver's side window of his vehicle. Shattered glass can be seen on the ground outside the Walgreens as deputies try to piece together what happened.

We're told this Walgreens does not have exterior cameras, leaving deputies with the task of gathering as many details as possible from witnesses on scene.

Investigators said they may not know a motive in the shooting until they find the suspect.