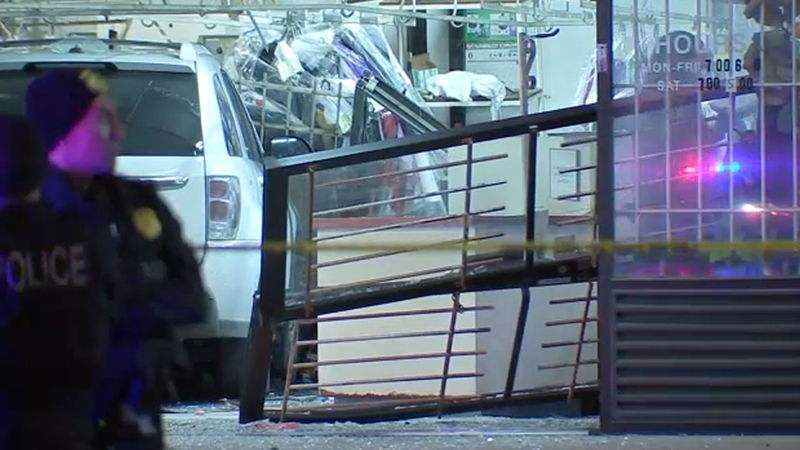 HOUSTON, Texas (KTRK) -- Police are trying to figure out who shot a man, causing him to crash the SUV he was driving through the front of a dry cleaners in northwest Houston.

The man was found dead inside the SUV.

Police believe he was shot in the middle of W. Gulf Bank, where several shell casings were found, and after he was shot, he accelerated, slamming into USA Cleaners.

The victim's sister said her brother was trying to be a rapper.

"He was trying to be something, but they didn't want him to be nothing. That's why they killed him," she told ABC13. "He's my only brother, and I will miss my brother."

About 25 people in disbelief about what happened gathered at the scene overnight.

After the victim's SUV was removed from the business, the owners were able to go inside. They say about 70 to 80 percent of their machines are unusable.

"I don't know how long it's going to take to fix it. Losing customers... that's a big mess," said Dhaul Patel, whose wife owns the dry cleaners.

The business has been there for about three and a half years.

Detectives have not released any suspect information.

Surveillance video shows the moments that a man was shot and drove his car into a dry cleaners on Gulf Bank Road around 11:00 last night. https://t.co/yP0Rf42N5k pic.twitter.com/OFXB5dhpyB