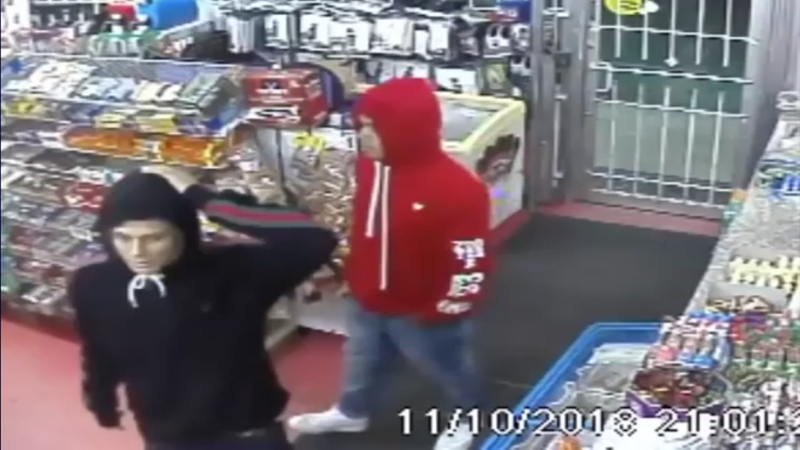 HOUSTON, Texas (KTRK) -- Houston police have released surveillance video of two suspects wanted after a clerk was shot and killed at a convenience store Saturday night in the Spring Branch area.

According to police, they found an employee dead from gunshot wounds. It is believed the employee was shot during an attempted robbery.

The victim has been identified as Farouk Bahuiya, according to the victim's wife.

The suspects are described only as two males wearing red and dark blue hoodies.