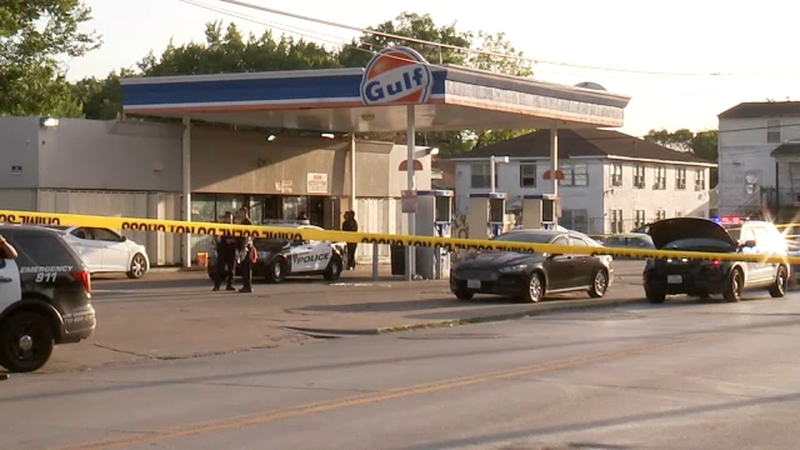 HOUSTON, Texas (KTRK) -- An argument on the front porch of a house in Houston's Fifth Ward escalated into a blast from what was described as a shotgun or rifle, and ended in the police shooting of the suspect.

It happened off of Liberty Road early Friday evening.

HPD Assistant Chief Sheryl Victorian said a woman flagged down officers to report it. As it turned out, the closest officers were around the corner.

"When they arrived, they saw a man in a wheelchair, bleeding from his face," she said. "He had been struck with the butt of the weapon. A man and woman also had superficial wounds from the buckshot. Both refused medical treatment at the time."

Victorian said when officers approached, they gave him verbal commands.

"While he did not point the weapon at officers, he continued to point it at the people on the porch and made verbal threats toward them," said Victorian.

"The officers administered first-aid until paramedics arrived," said Victorian. "He is in stable condition following surgery and will have to have an additional surgery."

Police and the district attorney's office will investigate the actions of the officers, which is standard in any police shooting.

The suspect was not identified by police, but those in the neighborhood said his street name is "One Eye."