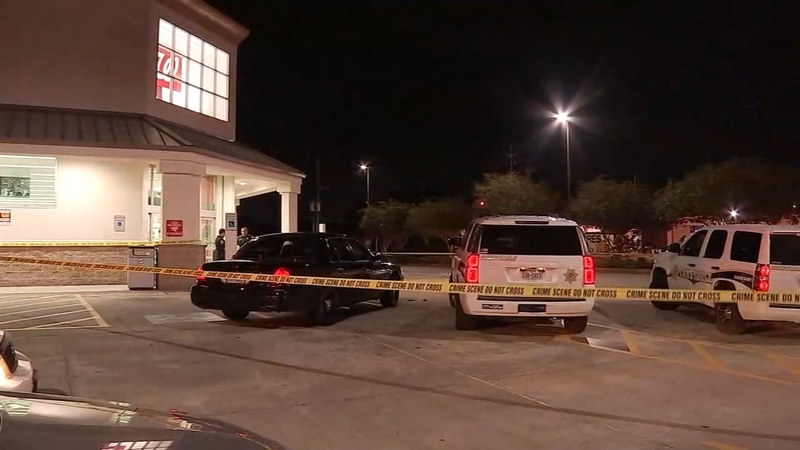 HOUSTON, Texas (KTRK) -- A man shot an attempted carjacker who allegedly tried to steal his girlfriend's vehicle in northwest Houston.

Deputies say the attempted carjacking happened in a Walgreens parking lot near Antoine and Gulf Bank around 8:30 p.m.

The man told deputies he was sitting inside of his girlfriend's vehicle when another man opened the driver's side door, sat down and then told him to get out of the vehicle.

"They sit in a vehicle or they just walk through hiding, looking for somebody who is in a vehicle to carjack them, or they wait until they come out to carjack them. Be extremely aware of your surroundings," Harris County Sheriff's deputy K.W. Cote said.

Deputies say the attempted carjacker appeared to have a gun and pointed it at the man, telling him to get out of the vehicle.

While exiting the vehicle, the victim pulled out his own gun and shot the carjacker in the stomach.

"The bad thing is, this guy didn't see the guy (carjacker) until he got into the car. You want to look around anytime you get out of a car. Look around you and see who else is around you, see who's watching you because there's always somebody watching you," Cote said.

The suspect is expected to survive, and he will face criminal charges.

The man who defended himself will not face any charges.