Ex-girlfriend arrested after allegedly setting man on fire in Galveston 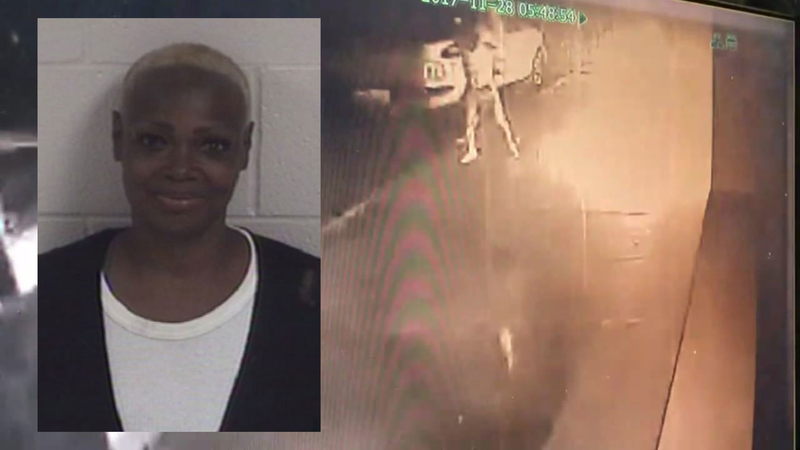 Woman in custody after allegedly setting ex-boyfriend on fire

GALVESTON, Texas (KTRK) -- She was a fugitive for nearly a week, wanted for allegedly setting her ex-boyfriend on fire in Galveston.

Nancy Allen surrendered Monday evening. She called police, giving them her location near 20th Street and M Street. Before officers arrived though, she had forced her way into a nearby apartment and collapsed on the floor.

"We were all in here scared. We didn't know what to do," Brandy Wilson said.

Wilson says she and four children aged 6 to 15 were inside the apartment and that Allen identified herself and even mentioned something about taking a bunch of pills. "The children are scared. They ran in their room and hid," said Wilson.

Why Allen would choose to knock on Wilson's door, she has no idea. They've never met before.

Allen was wanted by police ever since the attack November 28th outside her ex-boyfriend's apartment on 21st Street. Investigators say she had been in a fight with the current girlfriend of Thelonious Haley and that he kicked Allen out of his apartment as a result.

He says she then flipped the circuit breaker outside his apartment to cut off the power - twice. The second time, once she knew he would come to turn it back on, police say, she attacked him.

"It was just a fireball coming at him, is all he remembers," said Galveston Police Captain Joshua Schirard. "He was doused with some sort of accelerant and then lit on fire."

He sounded remarkably calm, telling the dispatcher "Hey, somebody just put me on fire man."


T.J. Haley - as known to his friends - suffered severe burns to his face, neck, arm and hands. Court documents indicate police found a bucket, fuel soaked rag and a lighter at the scene. Haley was able to tell police that Allen was his attacker.

Haley was to be released from the hospital today, following surgery that required skin grafts.

Those who know Haley say Allen has harassed or assaulted him for years. She has a number of prior convictions including one for biting Haley, another where she threatened to douse him with lighter fluid.

Surveillance video of a man being set on fire in Galveston