Girl found safe but dad at large after running from deputies 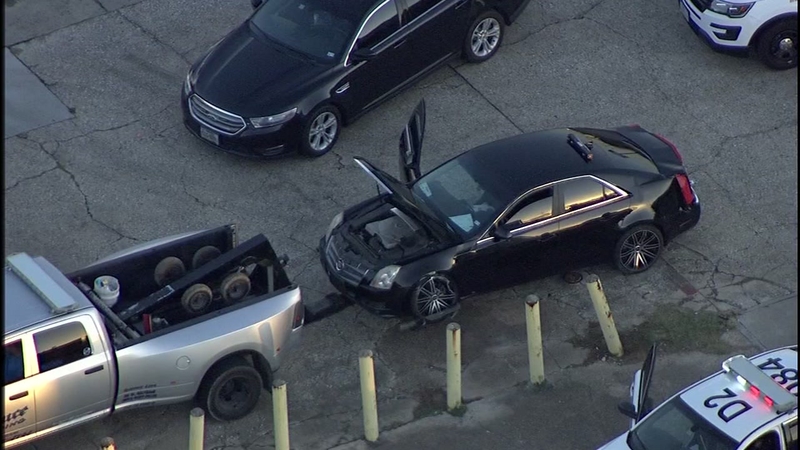 Father and child run from deputies on North Freeway

HOUSTON, Texas (KTRK) -- Sheriff's deputies are searching for a man who grabbed his 8-year-old daughter and ran away on foot during an attempted traffic stop in north Harris County.

The incident happened Thursday afternoon in the 13600 block of North Freeway near Rankin Road.

Harris County Sheriff's Office said the girl was located safe at a relative's house, but her father is still on the run.

Sheriff Ed Gonzalez said the suspect is a 43-year-old black male, last seen wearing a navy blue work shirt with a "NOV" patch on the left front side of the shirt.

@HCSOTexas attempted to stop a vehicle during a traffic stop at 13600 North Fwy. Vehicle refused to stop. Adult male driver eventually crashed at North Fwy/Gulfbank. The male grabbed his 8 yr old daughter that was inside his car & fled on foot. Search is underway. #hounews pic.twitter.com/3NTiAeHH9g