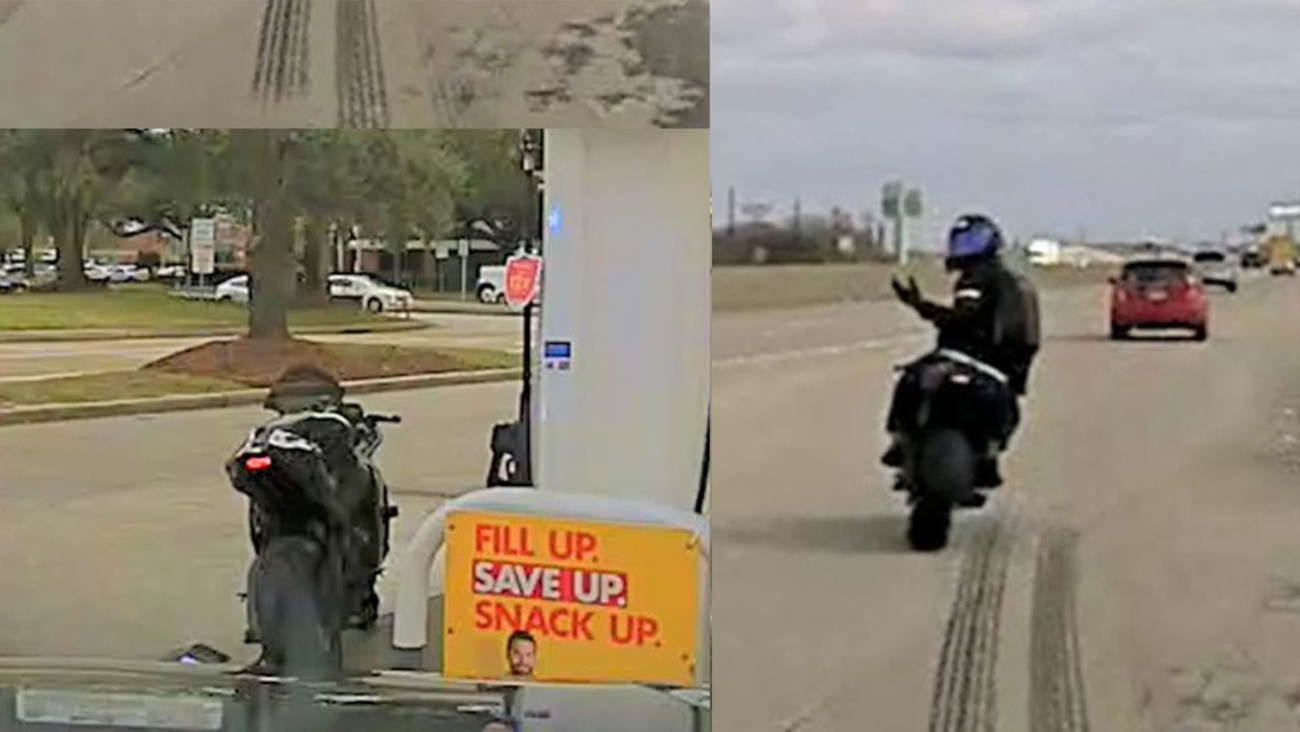 SUGAR LAND, Texas (KTRK) -- A man trying to outrun the police, who were attempting to pull him over, was arrested after he ran out of gas during the pursuit.

Around noon on Friday, Rosenberg police said they tried to stop 24-year-old Fernando Verdin, who was riding a motorcycle. Investigators said Verdin made a gesture at officers and ultimately sped away.

Verdin eventually ran out gas and stopped at a Sugar Land gas station to fill up. That's when officers from the Sugar Land Police Department showed up to arrest him, having heard on their police radio he had been spotted in the city.

He is now charged with a third degree felony of evading arrest or detention in a motor vehicle.

"You can't outrun the radio," wrote Rosenberg police on its official Facebook page. "Thanks for the assist SLPD."