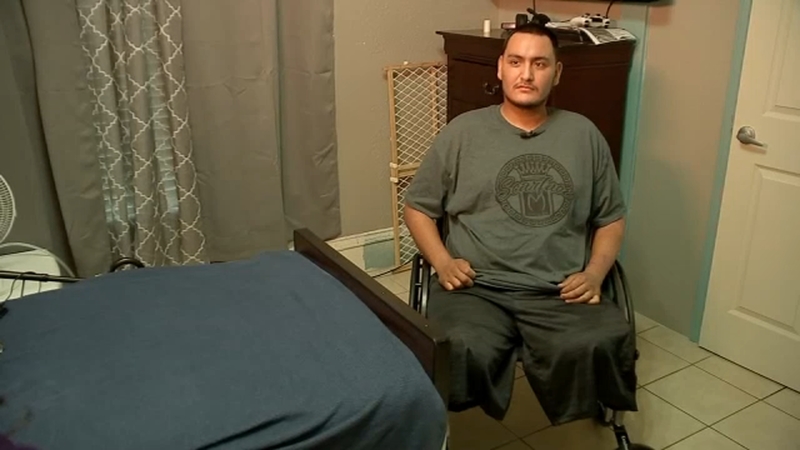 "I just get on Playstation, watch TV," he said.

Playing with his cousins makes him forget about the pain and even the anger he feels.

"He's still out there, he's probably still doing what he was doing that day," he said.

He got a flat tire and while trying to change it he was hit by a driver. Witnesses reportedly saw 3 people run out of vehicle and leave!

Álvarez lost both of his legs that day. His story tonight at 10! pic.twitter.com/ixGLN7fNt2

Last month, Alvarez got a flat tire on I-45 near West Road, so he pulled over to the shoulder.

"(I) turned my emergency lights on and started getting my stuff out to change my tire," he said.

However, soon after, someone crashed straight into his vehicle and fled the scene. The impact was so severe he was thrown and his vehicle spun to the middle of the highway.

Alvarez lost his left leg at the scene and the other one was so badly mangled that it had to be amputated.

He didn't wake up until three weeks after the incident.

"I just remember waking up at the hospital like, 'What am I doing here?' and then looking down at my legs and seeing that I don't have none of them. It was just shocking," he said.

The medication he takes is endless and his schedule is strict, but Alvarez remains hopeful.

His family and friends are hoping to raise enough money for his prosthetic legs and future therapy. They've started a GoFundMe.

"I've talked to a couple of docs, but it will take some time because they're still waiting for my legs to heal," he said.