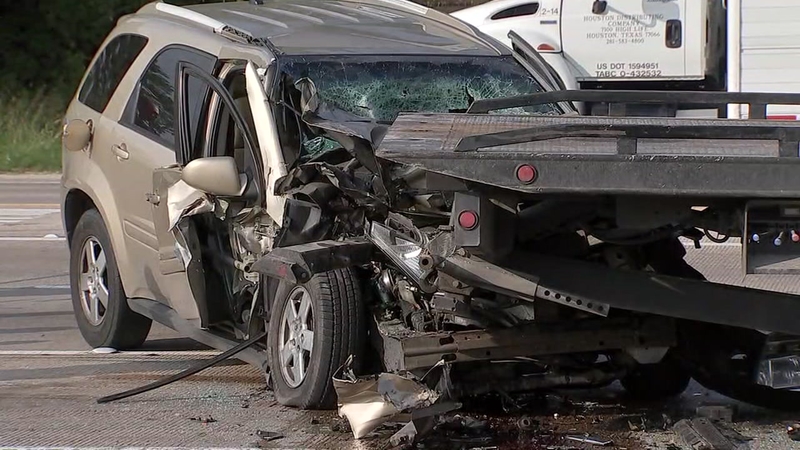 HOUSTON, Texas (KTRK) -- A father accused of driving drunk with his two young sons in his SUV has been charged after deputies say he caused a deadly crash in northwest Harris County.

The sheriff's office says the man crashed into two tow trucks at a high rate of speed Wednesday afternoon in the 2400 block of W. Mount Houston, killing his 8-year-old son and injuring his 5-year-old son.

The 5-year-old was taken to the hospital along with his father.

Deputies said the man went through a red light around 1:40 p.m. before slamming into the tow trucks.

Alcohol is believed to have played a role in the crash.

"There's evidence that he was intoxicated at the time of this fatal accident, so we are pursuing a murder charge," Gonzalez said.

HCSO traffic units are working a fatality accident at 2449 W Mount Houston. One person is confirmed on scene, a child has been transported ,unknown condition at this time. Please avoid the area major delays are expected while investigators are working pic.twitter.com/YrLj3zBx5H