Woman likely to be charged in death of business owner inside motorcycle repair shop in NW Harris Co. 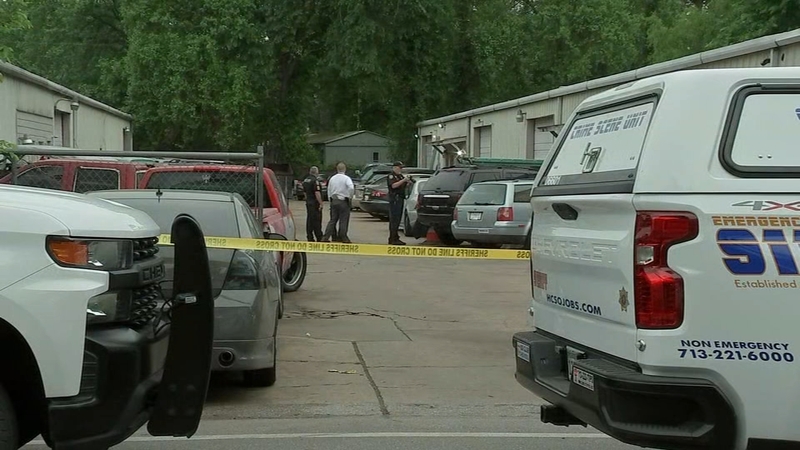 Woman will likely be charged over business owner shooting

Deputies now say that a woman will likely be charged over the deadly shooting of a business owner inside a motorcycle repair shop early Friday morning in northwest Harris County.

According to the Harris County Sheriff's Office, it started with the woman telling them that she shot her boyfriend while trying to prevent a theft of a business around 1:50 a.m. in the 8600 block of Bart Lane near Fairbanks, but her story kept changing.

In a 9 a.m. update, authorities said that the woman, who is believed to be 26 years old, ran to a neighbor's house and told him that she shot her ex-boyfriend. The neighbor then called 911.

When medics arrived, they found the man dead from a gunshot wound.

Deputies were met by the woman, who they say claimed she accidentally shot her boyfriend while trying to prevent the theft.

The sheriff's office told ABC13 that as investigators continued to speak to the woman, they noticed inconsistencies in her story, which prompted them to obtain a search warrant.

Another business owner was also being questioned by investigators.

Once they obtained the search warrant and went inside the business, deputies say they found surveillance video, which showed the man being shot to death, allegedly by the woman, his ex-girlfriend.

HCSO Sgt. Ben Beall said it appears that both the man and woman were highly intoxicated and that the woman was reluctant to notify law enforcement, asking for another business owner to help her conceal evidence.

She will likely be charged Friday.