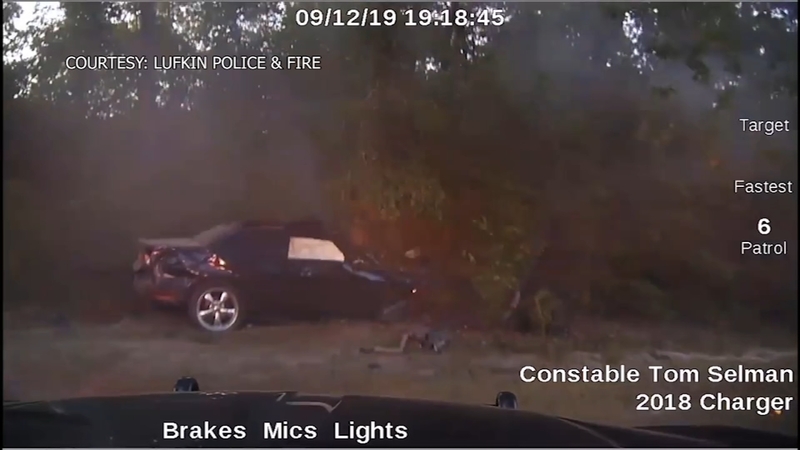 WHARTON, Texas (KTRK) -- Authorities say one man is dead and another has been arrested after reportedly robbing a bank in Wharton.

On Thursday, police responded to a robbery at the First State Bank of Louise located at 505 E Boling Hwy.

Authorities say Tony Wayne Mitchell and LeEdward Demon Hopkins robbed the bank at gunpoint and fled with an undisclosed amount of money.

Later that evening, Lufkin police attempted a traffic stop on Hopkins while he was driving on Loop 287, but he led officers on a chase that reached speeds above 100 mph.

As the chase made its way onto Highway 59 towards Nacogdoches, police say Hopkins lost control of the vehicle and crashed. He was pronounced dead at the scene with an undisclosed amount of money and a gun.