Man injured in hit-and-run taken off life support after 48 hours of no brain activity, family says 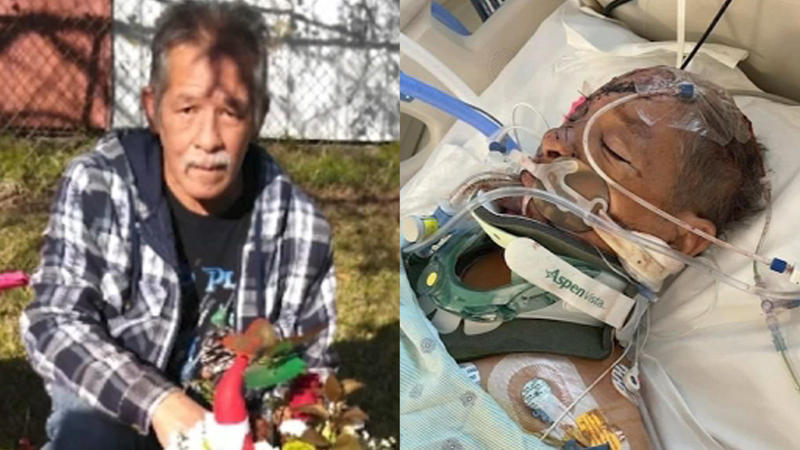 HOUSTON, Texas (KTRK) -- A Houston man who has been hospitalized with horrific injuries after a driver hit him in northwest Houston and fled the scene has been taken off life support, according to his family.

Family members spoke with Eyewitness News on Monday and said 54-year-old Alexander Ortiz had no signs of brain activity for the past 48 hours.

They decided to take him off life support Monday afternoon.

Now, as the family mourns the loss of their loved one, the search continues for the person responsible.

READ ORIGINAL REPORT: Family of man injured in hit-and-run wants driver to come forward: 'You know who you are'

"You know who you are," said Delfina Ortiz, the sister of Alexander Ortiz, the victim. "This person who hit my brother should have stopped."

Ortiz, who was a father of 6, remained unconscious since the vehicle hit him last week. The driver kept going. His family said he had just left a convenience store in the 7400 block of Long Point Road. Someone spotted him lying in the road and called for help.

"He's fighting for his life right now," said Jessica Castillo, his daughter, at the time. "His legs are broken. He's on life support. His heart is not functioning. He's not even recognizable."

Ortiz's close knit family spent days at Ben Taub Hospital, not wanting to be far from the man they described as gentle, loving and generous.

They are offering a $5,000 reward for information that leads to an arrest. They hope someone does the right thing and calls police.

"If anyone has information, come forward. If anyone knows anything let the police know. My brother is fighting for his life," said Delfina.

Tipsters can also call Crime Stoppers of Houston at 713-222-TIPS (8477) and can remain anonymous.