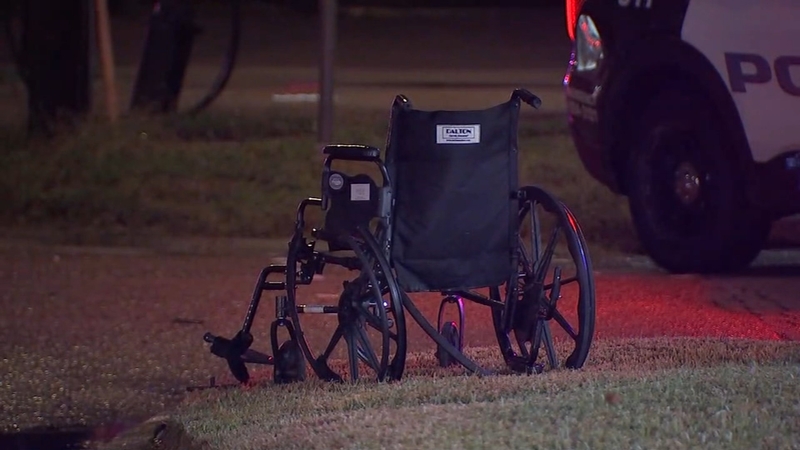 Man in wheelchair hit by HPD cruiser while crossing street

HOUSTON, Texas (KTRK) -- A man in a wheelchair is recovering from his injuries after he was struck by a Houston police cruiser.

The crash happened just before 9 p.m. Wednesday in the 7700 block of Long Point Road.

According to HPD, the man rolled his wheelchair into the street, and the officer didn't see him until the last second.

HPD said the officer was traveling eastbound when he tried to avoid the man, but still managed to hit him.

The crash happened while heavy rain was falling in the area. Police said the man was not in a crosswalk.

The man suffered some scratches and was taken to the hospital. The officer was not injured.
Report a correction or typo
Related topics:
houstoncar crashhouston police departmentcar accidentpedestrian struckpedestrian injuredcrashpedestrians
Copyright © 2022 KTRK-TV. All Rights Reserved.
PEDESTRIAN STRUCK
Pedestrian killed in hit and run in northwest Houston, HCSO says
Man was in middle of McKay bridge when he was hit and killed, HPD says
Bicyclist killed in hit-and-run crash on Mount Houston at I-45
Man dies after being struck by 18-wheeler while crossing North Loop
TOP STORIES
'It was like a mad dash:' Clear Creek ISD senior set to graduate
Man dead after being shot during road rage incident, HCSO says
CDC recommends wearing masks indoors, ahead of Memorial Day weekend
Widespread rain from storm line moving towards the coast
Murder suspect dead after found unresponsive in cell, sheriff says
Astros fan from Spring celebrates 95th birthday with favorite team
Child hospitalized after found 'unresponsive' at Splashtown
Show More
Runner dies after collapsing at finish line of Brooklyn Half Marathon
Global K-pop sensation Seventeen kicks it in Houston in new tour
'NFTs: Enter the Metaverse' | Trailer
Authorities search ends for man with felony warrant out for his arrest
Early Voting holds off Epicenter to win Preakness Stakes
More TOP STORIES News