HPD: Man killed after car slams into him in southeast Houston 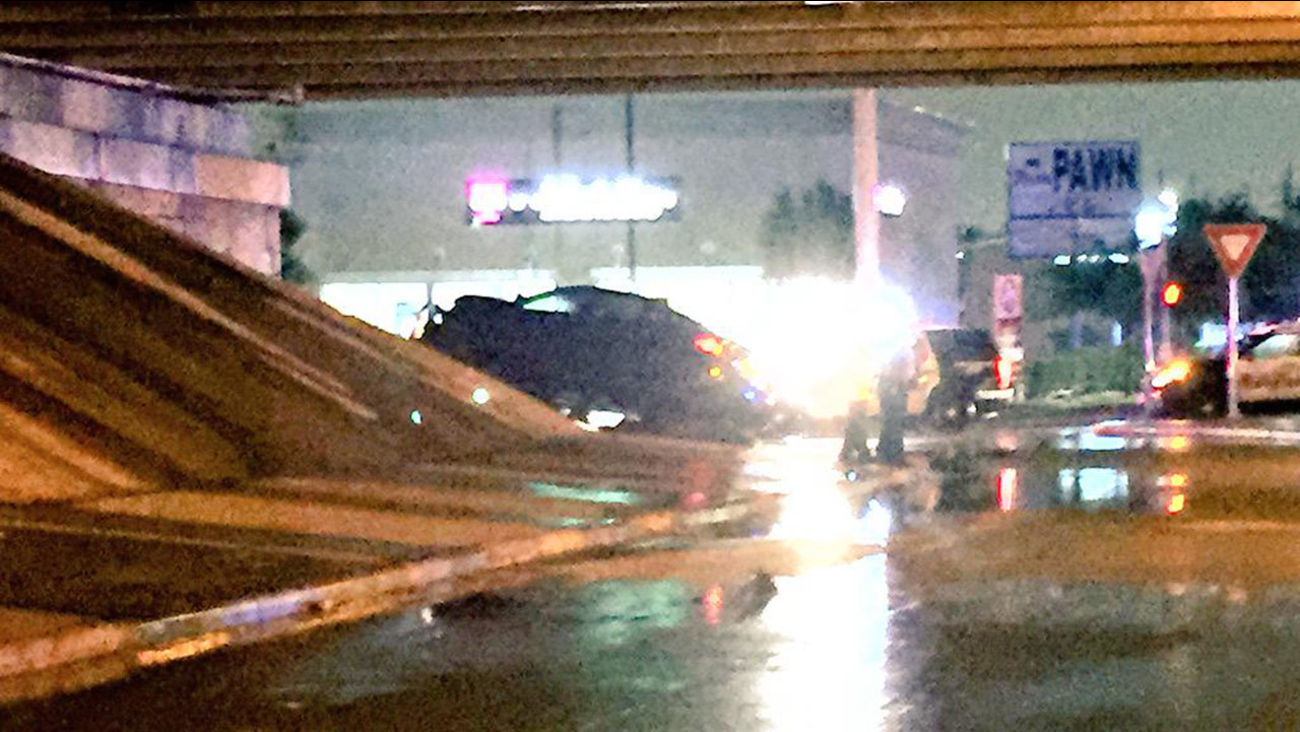 HOUSTON (KTRK) -- A deadly crash overnight shut down Airport Blvd at the Gulf Freeway. Authorities said a female driver hit and killed a man as she was traveling northbound the feeder road.

Eyewitness News was first on scene. Our crew witnessed the car lodged up underneath the overpass. The man's body remained under the back part of the dark colored car.

Investigators suspect the man killed was homeless. They said his overloaded shopping car sat just feet away from the crash.

Around 5:00am, officers appeared to give the female driver a field sobriety test. Minutes later, they handcuffed her and placed her in the back of a squad car.

The circumstances leading up the crash our still under investigation. ABC-13 is awaiting an update from officials on scene.