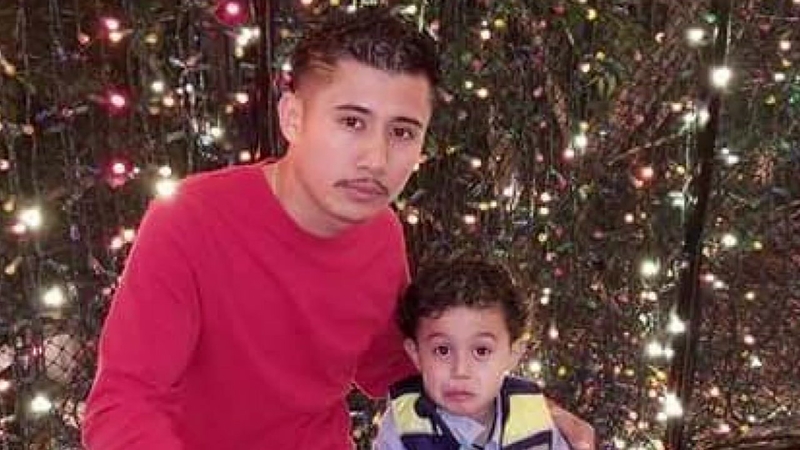 Man back home after being shot by 2 stray bullets

HOUSTON, Texas (KTRK) -- A man hit by two stray bullets as he opened presents with his family early Christmas morning is already back home.

Jairo Rosales says his brother-in-law, Dimas Ciculista, is in some pain but otherwise okay.

The family's ordeal began shortly after midnight on Christmas Day. The extended group had gathered in the dining room of a modest house on the 6,000 block of Reamer to open Secret Santa gifts.

"So while we were inside, unwrapping Secret Santa gifts, a stray bullet or intentional bullet came through the door and hit one of our family members right there," said Rosales, pointing to the damage to the family's back door.

Ciculista was in the dining room with other family members when he was hit in the neck and back.

"My sister had to get something to stop the bleeding and put pressure on it, while he was down here crouching," said Rosales, bending down near the front door to demonstrate.

A bullet also struck the recliner in the living room, which had just been recently replaced after the family's home was damaged during Hurricane Harvey. Amazingly, none of the small kids nearby were hit.

Houston police believe this was most likely a case of Christmas celebratory gunfire gone awry.

"Everyone started dispersing, panicking and trying to hide," Rosales said. "I took my niece and nephew to my parent's bedroom to hide and call 911."

With Ciculista recovering at his own home, Rosales says his family is hoping for a quieter 2018.

Investigators believe a man may have been hit by a stray bullet while at a family party.