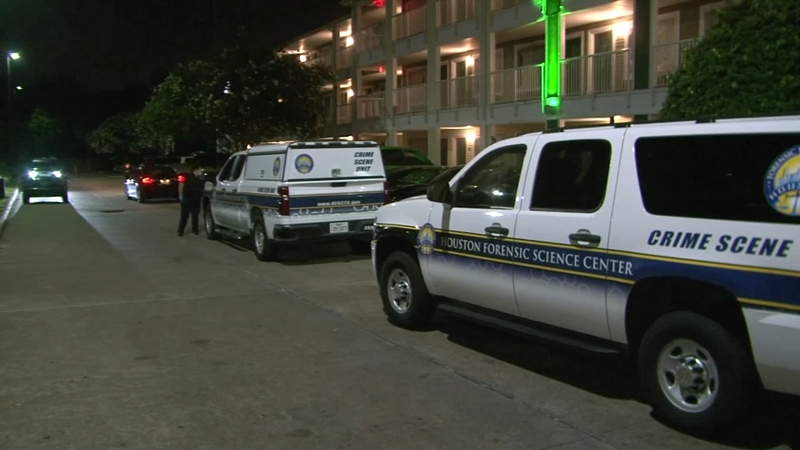 HOUSTON, Texas (KTRK) -- A man who was found stabbed in the chest in a west Houston hotel died Monday morning.

Houston police were called to the HomeTowne Studios Hotel on Highway 6 near Westheimer around 1:00 a.m.

When police arrived, they found a man stabbed, lying in a walkway on the third floor of the hotel.

The man was later pronounced dead at the hospital.

"What we know at this point is that there was a male that was deceased and a female that stayed in the same room here at this location," Officer Jason Escobar said. "What we do know from witnesses is that there was a disturbance inside of the room that possibly led outside."

Police are questioning the woman who was with the victim. She reportedly told police the victim is her husband.