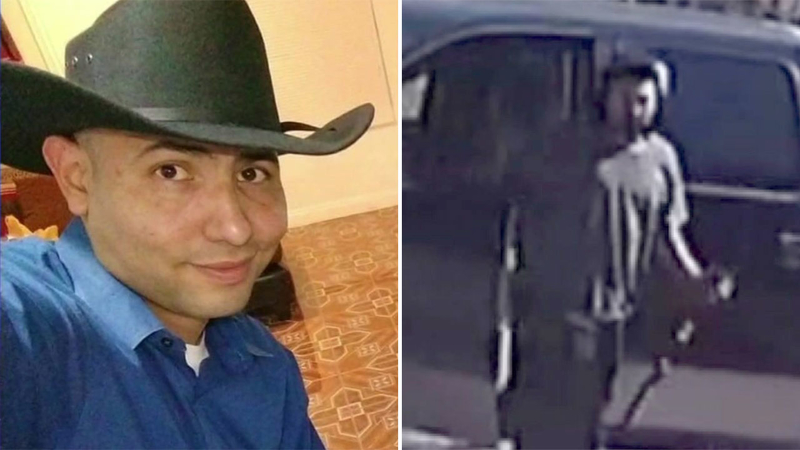 Family believes loved one shot to death out of mistaken identity

PASADENA, Texas (KTRK) -- Police are searching for the person accused of shooting a man to death outside of his home in Pasadena.

Pasadena police responded to a shooting in the 200 block of Wafer just after 1 p.m. on Oct. 28.

Nicolas Bautista, 37, was found on the sidewalk in front of his home with a single gunshot wound.

According to witnesses, Bautista was outside of his home when a man with a shotgun confronted him.

Police say after the two men had a brief conversation in Spanish, the suspect shot his weapon one time and then drove away.

Bautista was transported to the Bayshore Hospital, where he was pronounced dead.

The truck had aftermarket wheels, a paper registration in the back window, and a small sticker on the left side rear window (behind the driver's seat)."