Houston officer risks life to save theft suspect who escaped 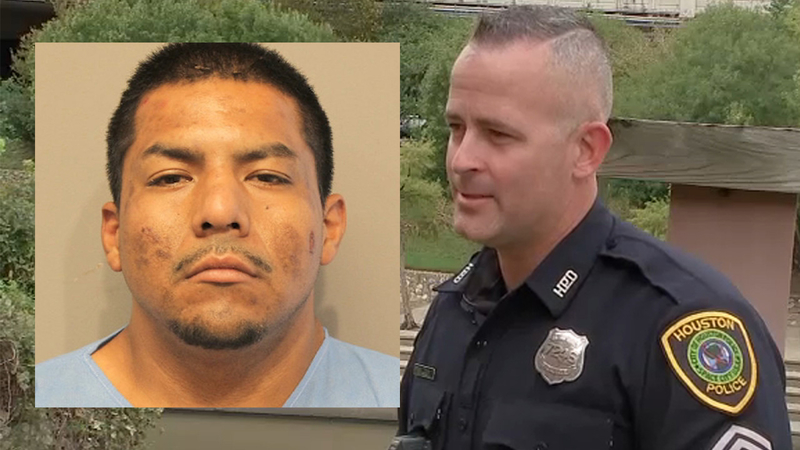 Houston officer risks life to save theft suspect who escaped

HOUSTON, Texas (KTRK) -- A Houston police officer risked his life to save an escapee after the suspect jumped in a bayou.

Albert Lucio was picked up without incident by Harris County Precinct 5 deputy constables on a theft case Monday.

At the same time, Officer Aaron Day was bringing a suspect to jail when he came across a lot of commotion.

"I told my partner, 'I think, maybe, they had an escaped prisoner,'" Day said.

Lucio was in handcuffs, but when the sally port door opened, police say he made a run for it.

The sally port is an access point that allows law enforcement vehicles inside.

Once Lucio ran off, Day and other officers found him hiding in a large bush nearby.

Day says Lucio then jumped from an embankment below that was more than 20 feet deep.

Once Lucio landed, he got up and ran and then jumped into the bayou.

"The current kind of started to move him out away from land," Day said. "Right away, I could tell, he yelled at me, he couldn't swim and he started to sink."

That's when Day immediately jumped in the water.

"(I) swam out to him as he started to go under," he said. "I was able to pull him up and then another officer, Officer Hall, jumped into the water and swam out to us, and the two of us were able to get him successful back to land."

As to why the officer helped a man accused of a crime that was trying to escape, Day said he wouldn't have any other way.

Lucio is back in custody. In addition to the theft charge, he's now facing a felony charge for escape.