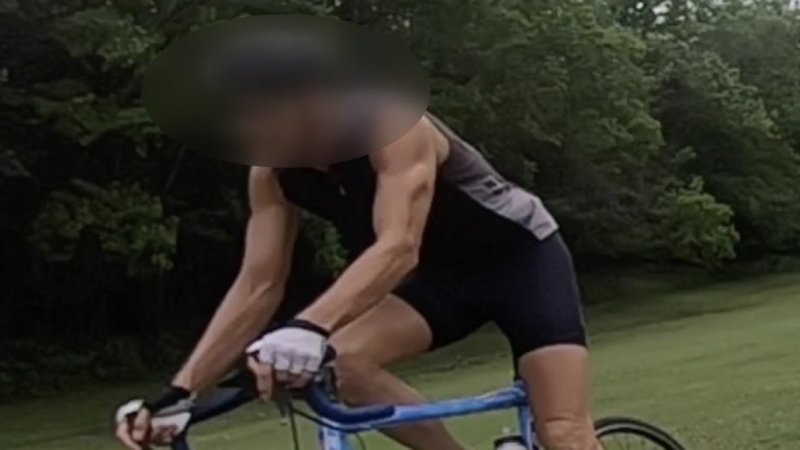 KATY, Texas (KTRK) -- Fernando Donatti was riding his bike home Thursday, a ride he usually only takes on Wednesdays.

Filming his ride towards Katy on the Barbara Bush Trail, he got a split-second of video of another biker pedaling past him, moments before that man would yell out and fall from his bike.

"Nothing was unusual, he was peddling, looks healthy and everything was fine," Donatti said. "But I heard him screaming, I turn around and see him falling."

Donatti said the man was alert but couldn't communicate. He called 911.

"I started applying CPR as instructed by the lady on 911," Donatti said. "The ambulance showed up about 15 minutes later and took him away."

The unknown man was taken to West Houston Medical Center. Donatti said he drove there the next morning, only to learn the man had died.

Without a phone or wallet, the hospital couldn't identify him.

Donatti says he has spent the past 24 hours posting on Facebook, Nextdoor, calling bike shops, and asking anyone who would listen, hoping to help an unknown family for a man he spent his last moments with.

"I don't know, another human being in need," Donatti said. "I was there, it's not about me."

The last time we checked, the medical examiner still had not been able to identify the man.

Donatti says this was a difficult reminder for everyone to have some form of ID while running or biking.