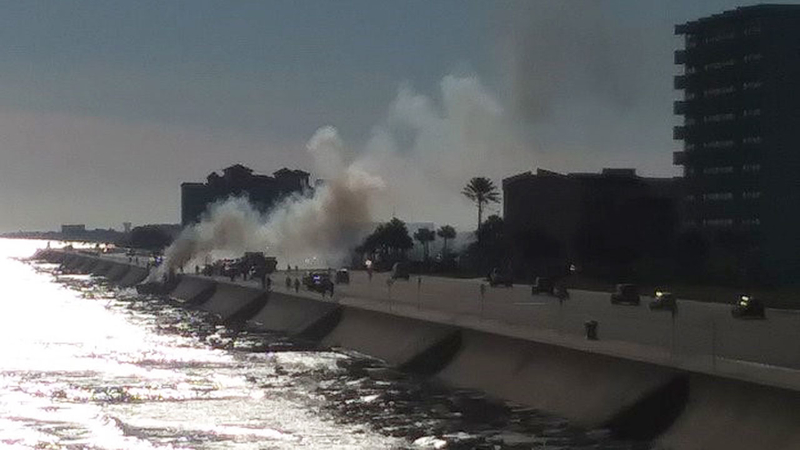 GALVESTON, Texas (KTRK) -- A man was killed when his vehicle erupted in flames after falling off Galveston's seawall.

Galveston police said the driver swerved in an attempt to miss another vehicle in the center lane before losing control.

The man's truck veered off the roadway at Seawall near 89th Street around 3:55 p.m., landing on the rocks below.

Fire crews rushed to the scene after receiving reports of a vehicle on fire.

When firefighters arrived, they discovered the 47-year-old man's body inside the crashed Chevy Colorado.

The fire was quickly extinguished, but it was already too late.

The victim's name has not been released.

Galveston police say a man was killed when he drove his Chevy Colorado off the seawall.