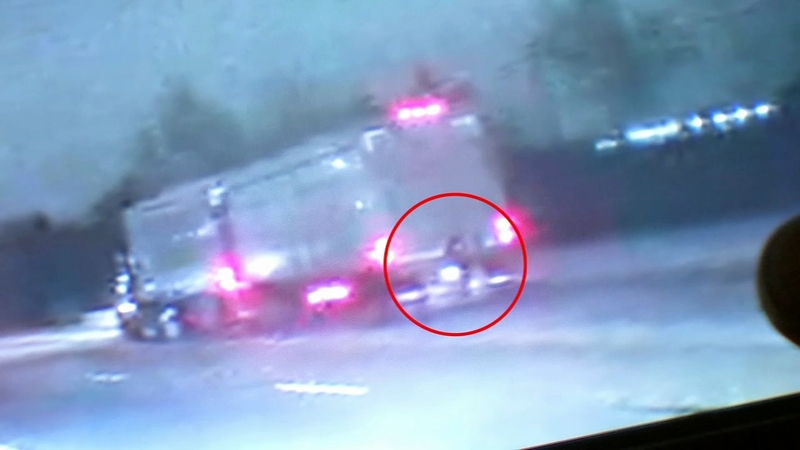 Man hangs on to back of 18-wheeler in N. Harris Co.

HOUSTON, Texas (KTRK) -- You never know what you'll see on any given day on Houston roads, and what happened Thursday morning proved that.

A man was captured on video riding on the back of a UPS truck in northwest Harris County.

A wrecker driver took the video around 5 a.m.

A sergeant with the Precinct 4 Constable's Office told ABC13 a driver called 911 after first spotting the man riding on the roof of that UPS truck along the North Beltway near Antoine.

He kept riding on to Highway 249 and eventually jumped off when the UPS truck stopped at a red light at Gessner.

Deputy constables were there when the man jumped off. They gave him water and took him into custody.

A sergeant says the man has an active warrant. We don't know how long he was riding on that UPS truck or if the UPS driver even knew he was on the truck.

But you can watch it all play out in the video player above.

And for more wild times spotted on Houston streets and freeways, check out the following stories.

I-10 is typically packed with cars, but when it was covered with snow and ice and barely any vehicles, it was time to play.