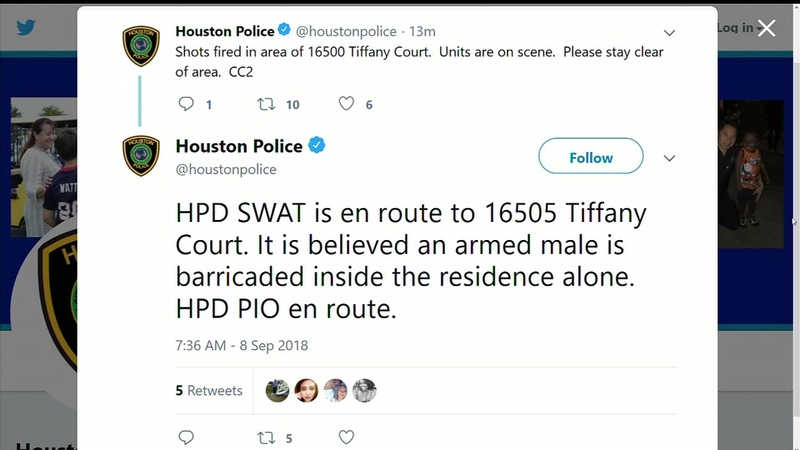 HOUSTON, Texas (KTRK) -- Houston police say an armed male believed to be barricaded inside a home was shot by a police officer.

UPDATE: The suspect has been shot by HPD and has been transported to the hospital. Further information forthcoming.

The Houston Police Department responded to the 16000 block of Tiffany Court around 9:30 a.m. in regard to a suspicious person with a weapon.

Police say the suspect was reportedly sitting in a back patio and shooting a gun into the air.

Upon officers' arrival, the man was not cooperating and SWAT was called in, police say.

HPD SWAT is en route to 16505 Tiffany Court. It is believed an armed male is barricaded inside the residence alone. HPD PIO en route.