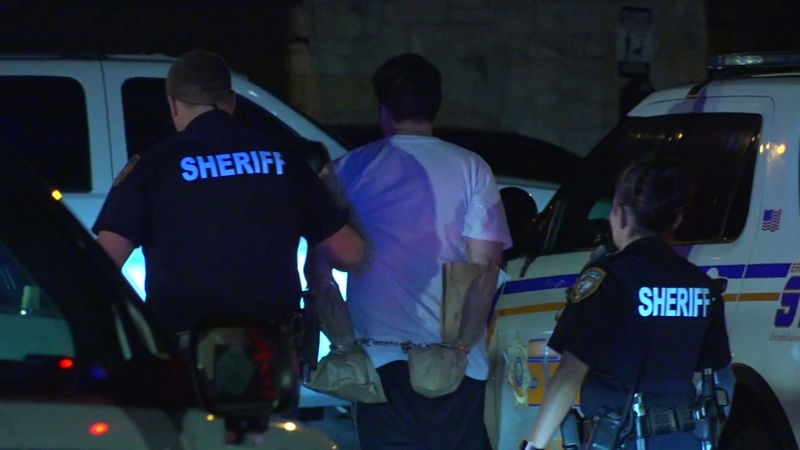 CYPRESS, Texas (KTRK) -- One person has been taken into custody following a bomb scare at an apartment complex in northwest Harris County.

Harris County deputies say gunshots rang out and a bomb squad was called out Sunday to the complex on Crossroads Park Drive off of Hwy 290 and Highway 6.

Upon arrival, authorities learned that the woman's ex-boyfriend arrived at her apartment and allegedly threw an accelerant on her front door, then exchanged gunfire with another man at the location.

The woman told authorities she had a male friend staying with her out of fear that her ex-boyfriend would do something like this.

Deputies told ABC13 that the man allegedly threw a bomb type device at the woman's apartment, but it hit a window and it did not go inside. The incident caused minor smoke damage outside of the location.