Man arrested in catalytic converter theft at Spring apartments, another on the run 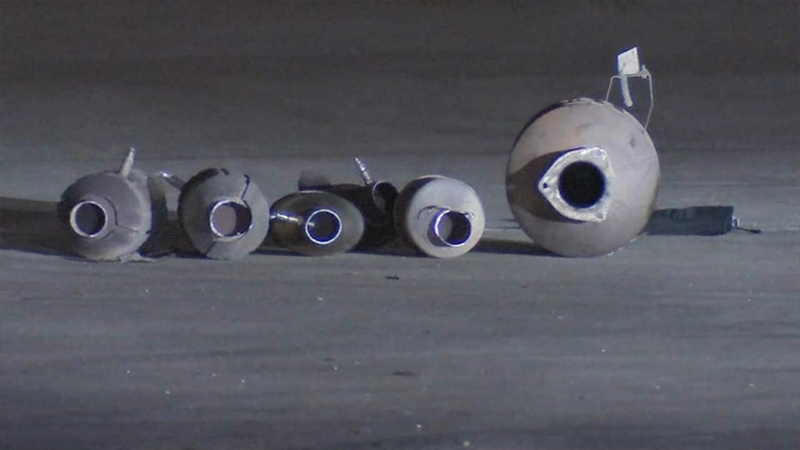 SPRING, Texas (KTRK) -- One man is in custody and another is on the run after they were caught trying to steal a catalytic converter from a vehicle at an apartment complex in Spring, Harris County Precinct 4 Constable's Office said.

At about 5:57 a.m. Wednesday, deputies with Constable Mark Herman's Office responded to the Cardiff at Louetta Lakes apartments in the 3400 block of Louetta Road.

That's where witnesses told deputies that two men were in the process of stealing a catalytic converter from a vehicle.

When deputies arrived, they found the men, who ran away.

One person, identified as 26-year-old Torreon Well, was arrested and booked into the Harris County Jail.

Investigators say Well had a gun and a cutting tool, which was used during the theft.

He is charged with unlawfully carrying a weapon and theft.

Deputies said they are still working to identify the second suspect.

Catalytic converter thefts are occurring everywhere across Houston and the surrounding areas.

We've seen our fair share of catalytic converter thefts around our area lately, but the most recent incident was at a car dealership.

Houston-area authorities said they are seeing a spike in catalytic converter thefts. After falling victims to the rising crime, a couple has a warning and tip to help prevent others from becoming victims.

WATCH: ABC13's Courtney Fischer unfortunately has a personal story when it comes to catalytic converter theft. Hear what she has to say about noticing the part is gone and how you can protect yourself.

Isaac Sanchez's car went up in flames, leaving him without a way to make money. Plus, he says this all came at a terrible time.