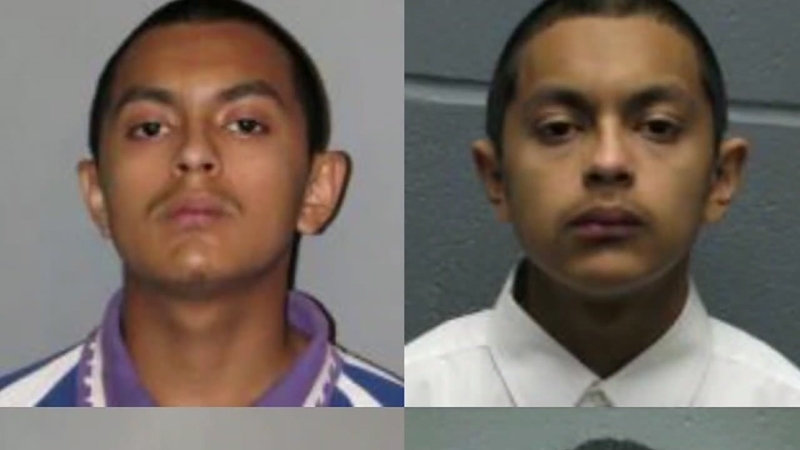 HUNTSVILLE, Texas (KTRK) -- A woman in Huntsville is thanking good Samaritans for helping her detain a man who allegedly assaulted her in a discount store.

The woman, who only wanted to be identified as Kriston, told Eyewitness News that 22-year-old Alexis Lugo put his hands inside her clothes.

Kriston said she recorded the incident because she wanted to have video in case the man got away.

Kriston told Eyewitness News that she screamed and then chased him from the store, but he was too fast.

"Stop him," Kriston called out breathlessly. "Stop him."

Moments earlier, she said the man had stalked her while she was inside Dollar Tree.

She says she thought he was after her purse, so she turned down an aisle to avoid him.

"He came up behind me, and grabbed me from my back, and slid his fingers up inside my shorts and inside my underwear," Kriston said.

She said she tried to confront him, but he immediately left the store and ran away.

"I saw this guy start running, and this lady was screaming," said Patrick, a witness who didn't want to use his last name used.

Patrick and his wife were next door shopping, when they followed Lugo and held him at gunpoint until police arrived.

"I drew my pistol, and he pretty much complied as soon as I did that," said Patrick.

The couple said that they felt compelled to help Kriston.

"I see so many videos on the internet of people taking video and not doing anything," said Patrick's wife Tabitha. "If it was me, I would want someone to help me."

They were not the only good Samaritans to step in.

Bailey Fugate was shopping in the same Dollar Tree when she heard Kriston scream and ran to help.

"I knew exactly what had happened. I knew it was that guy," said Fugate, who is nine months pregnant. "I didn't want him to get away with it, and she was by herself. I just felt like I needed to help her."

Lugo has been arrested and faces drug, weapon and attempted sexual assault charges.

Kriston says she's thankful that Lugo is off the streets. She's also grateful for the police and the people who stepped in to help her.