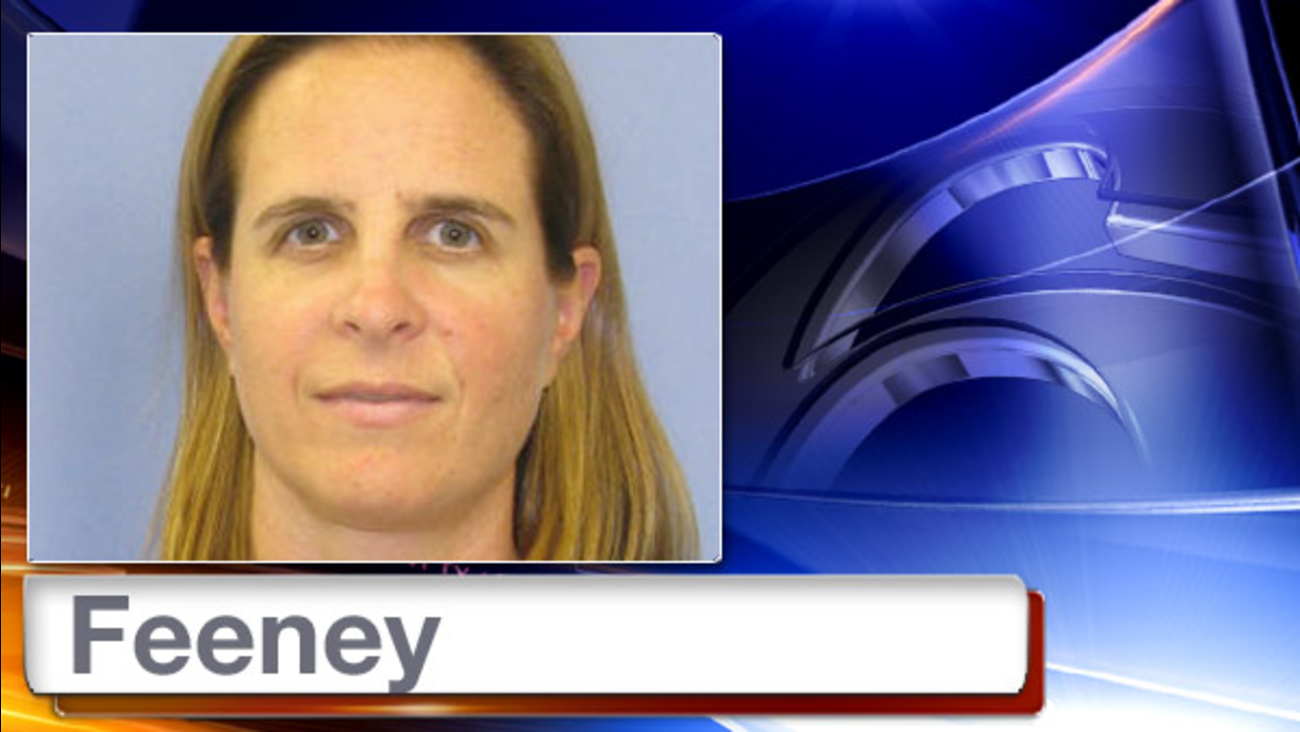 MALVERN, PA -- A guidance counselor at a prestigious private school in Chester County is accused of pursing a teen student for sex, even promising him admission to Harvard University in an effort to coerce him.

Emily Feeney, 40, of Wayne, Pa., was a swim coach and Director of College Counseling at Malvern Prep for two years. She has since been fired, District Attorney Tom Hogan said.

The investigation began on May 13th following a tip.

The teen victim told investigators that Feeney, his coach and guidance counselor, had been sending him inappropriate emails and text messages since 2014, when he was 16 years old.

The messages included a topless photo and other pictures of herself in various stages of undress, the D.A.'s office said. She also allegedly sent such messages such as "I adore you - always have, always will."

Another allegedly read "If you ever cared about me, please don't shut me out. It's too painful."

The victim told investigators he repeatedly told Feeney to stop, saying "I'm not interested in you end of story. I'm 16. I'm not into you."

Despite the teen's rejections, Feeney continued her pursuit, the D.A. said, telling him she could use her connections to get the teen into Harvard.

She even forwarded him a message from Harvard saying the teen was a candidate for the swim team, saying "you owe me big time."

In another message, Feeney allegedly said "If you'd... just stop fighting and let it happen, you'd be a lot less uptight and much happier."

Investigators said hundreds of emails were recovered after a search warrant. They say Feeney was sending messages from her Malvern Prep work email account.

Feeney is charged with Institutional Sex Assault, Unlawful Contact with a Minor, Corruption of Minors and Indecent Assault.

The D.A. said Malvern Prep is cooperating fully with the investigation.