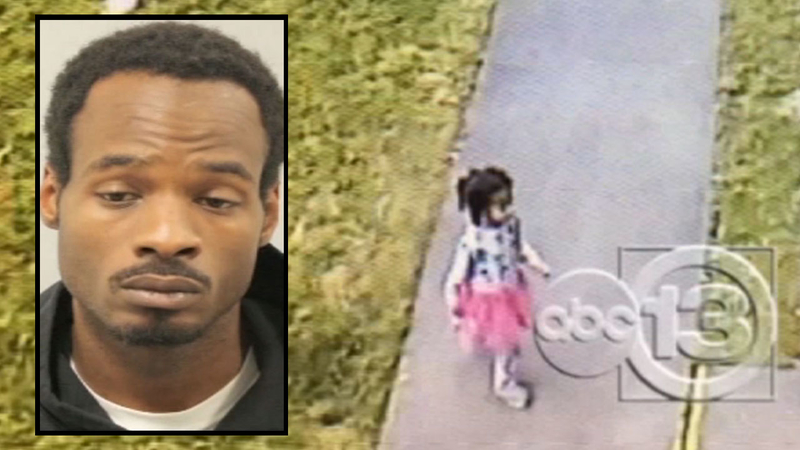 HOUSTON, Texas (KTRK) -- Calling his son innocent, the father of Derion Vence, the only suspect in the case of missing Maleah Davis, spoke out from his home in St. Louis.

In an interview with the IckedMel YouTube Channel run by Melvin Cedeno, Joe Vence Sr. admits his son's story of being attacked and kidnapped while checking a tire sounds far-fetched, but he is asking the public to hold back judgement.

"Yeah, I believe my son is innocent and I believe his story," Joe said. "Derion had those kids most of the time, he's the one who took care of the kids."


Vence says his son was the most responsible adult in Maleah and her two brother's lives, doing all the daycare drop-offs, most of the pick-ups, helping them with developmental delays and raising Maleah like his own.

He says the little girl's mother, Brittany Bowens, is a liar.

"I really believe either she has something to do with it, like he's been set up in some type of way," Joe said. "I know he didn't do anything to her because he loves her. He's been taking care of her since she was like 1-year-old."

Maleah Davis' mother: 'I want to hope that she is (still alive)'
EMBED More News Videos

And as for the allegations made by Maleah's mother, claiming Derion abused and molested the little girl, he says they're fabricated.

A surveillance picture shared by a source close to the case shows the last time Maleah was seen alive. Wearing a pink tutu, she was walking back into the family apartment with Derion on Tuesday, April 30.

On the same day, her mother flew out of town. Police said they verified her trip.

Four days later, another image shows Derion carrying a laundry basket with a large garbage bag out of the apartment.

But it was later that same day, on Friday, May 3, when investigators say a surveillance camera caught Derion leaving the apartment again, with only his 1-year-old son.

Hours later, Derion claimed he, Maleah and that son were attacked and kidnapped.

Investigators have charged Derion with tampering with evidence related to a corpse.

They say two cadaver dogs hit on the trunk of the family car, and inside the family apartment they found drops of blood in the hallway and bathroom that matched the little girl's DNA.

"The blood that they said they found inside the house, if you look at the report, it says related to Maleah because it's her brother's blood from his toothbrush," Joe said.

Derion's father remains steadfast in his belief that his son is innocent.

"He's not the type of person that's going to harm a child at all," Joe said.