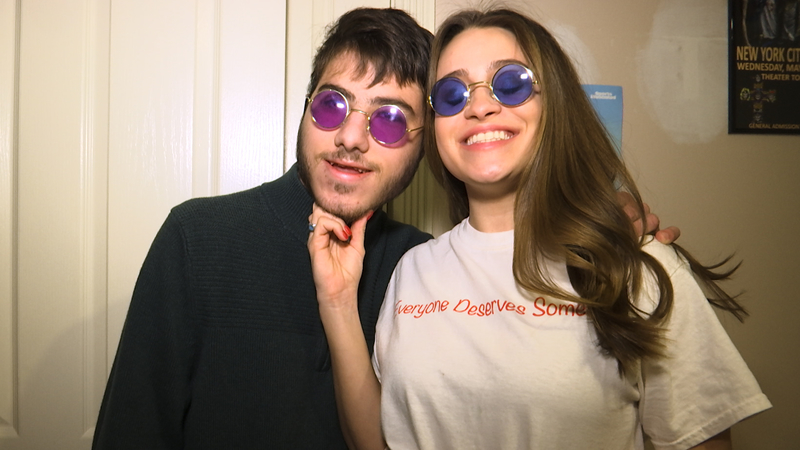 KINGS POINT, New York -- When it comes to making friends, it isn't the easiest for Michael Fetherman who has autism and ADHD. However, Michael's big sister Juliana made it her mission to put all her efforts into developing an app to help him and others with disabilities make friends.

"In the app, I tried to build in tools to try to help with the conversations and my hope is in using it people kind of build those life skills," said Juliana. "By using the conversation prompts, maybe it will help them learn things to say or to start a conversation. I'm hoping it will build their self-esteem as well."

As soon as you sign up for the beta version of the app, it asks for your name, birthday and zip code to determine your proximity to other users in the area.

The next part of the process is making an avatar of yourself or uploading a picture to your profile. One of the biggest parts of creating a profile is selecting what you would like to do with others. The user can select topics ranging from watching movies to playing sports.

The app is built to match users based on age, diagnosis, interests, and location. Eventfully the app will suggest meet-up spots so that if two people select the same activity interests they can then hang out and meet at that location.

"It was hard having a son with special needs, any mom would tell you the same thing I'm sure," Michael's mother Mary Fetherman said. "Maybe some sisters and brothers will see what Juliana is doing for her brother and it'll make them say you know what, maybe I should do something like that for my sibling."

Julianna plans to release the app on Android and iOS within the next few months.