Man shot at by suspected mailman shooter: 'I prayed so hard' 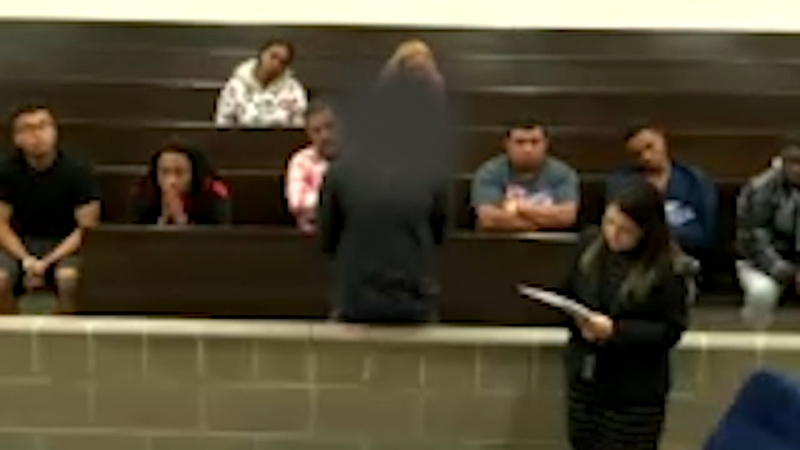 Man shot at by suspected mailman shooter: "I prayed'

HOUSTON, Texas (KTRK) -- A wife is grateful her husband is alive after she says he was shot at while working at a gas station.

Fortunately, he was not hit, but authorities say the same shooter shot a U.S. Postal Service mail carrier that same day.

Joyce Pasia's husband, Rudy, has worked at Costco on Bunker Hill Road for 18 years. On Saturday, he got quite a scare.

"He thought this guy was going to ask for help because he helps members that come there for gas," said Joyce. "Next thing he heard was a 'Pow!'"

It was a gunshot. The gun misfired or jammed and Rudy wasn't hit.

"It scared me. Really scared me," said his wife.

Investigators say the suspect, 24-year-old Matthew Williams, also rear-ended a car in the same shopping center and continued driving. The driver he hit followed Williams, taking photos of the Honda Fit he was driving, as they were stopped at a red light.

The driver provided the picture to ABC13. He did not know the images would provide a link in a much bigger case.

Shortly before learning about the Costco shooting, officers had responded to a separate shooting about a mile-and-a-half away in a Spring Branch-area neighborhood, where a mail carrier was shot in the back and the stomach. Investigators were able to connect the shootings to Williams. The ATF used an explosive-detection K9 to search for shell casings.

"[It was] scary. I was scared. Finally, I realized, 'Oh, this is true,' because I couldn't believe it is true," said Joyce.

"The next day, we went to church and he told me, 'You know, I prayed so hard and I thank the Lord that he saved me,'" she said.