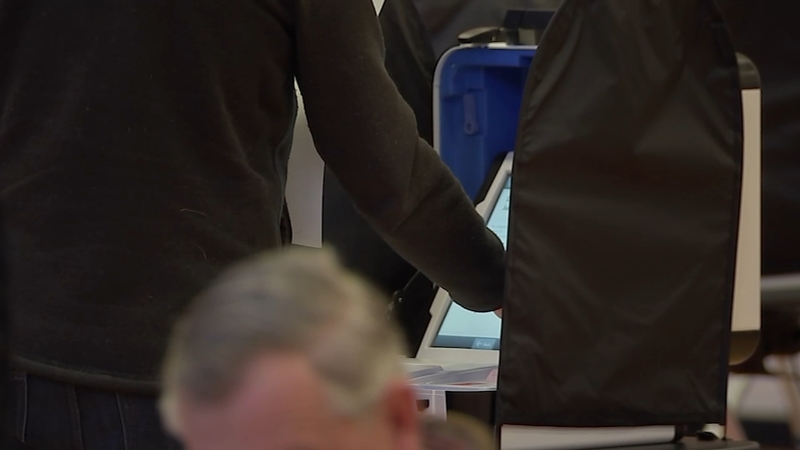 Mail-in ballot applications could be in limbo after Friday's deadline

HARRIS COUNTY, Texas (KTRK) -- The deadline has passed to submit applications for mail-in ballots for the 2022 Texas primaries, which take place in less than two weeks on March 1.

Potential mail-in voters had until the end of the business day Friday to get their application to the office of their county election official. Even those who got their paperwork in at the last minute might still have to vote in person next month.

Voters who submitted their application on time but had it returned due to corrections are no longer eligible to vote by mail from this point forward.

"There are new ID requirements, so you either have to include your driver's license number or the last four digits of your social security number," said Leah Shah of Harris County Elections. "If you don't include them then there would not be any time to make that correction on your application."

One group of voters who might be unaware of the status of their application could be those who received a letter from the campaign of Lt. Governor Dan Patrick. The letter, dated Jan. 20, included an application, as well as instructions, telling voters to send that application to the office of the Texas Secretary of State.

The secretary of state's website states that applications shouldn't be sent to their office.

The letter was sent by Patrick's campaign, not the lieutenant governor's office. ABC13 reached out to the campaign for a statement, but received no reply.

A secretary of state spokesperson said they received more applications than usual in 2022, but couldn't say how many were directly tied to Patrick's letter. Those applications were forwarded to county offices, where they will be considered on time for the application deadline.

"There is no indication on the envelopes as to where the applications originated," said Sam Taylor of the secretary of state's office. "We have treated any and all applications the same by forwarding them to county early voting clerks to ensure they are timely received."

Any applications sent to a county election office by the secretary of state's office follow the same rules as those initially delivered to the correct location. It's too late to make any corrections if those applications lack proper identification requirements.

That would force those voters to vote in person for the March primary, but they could still submit an application to vote by mail in November's midterm election.