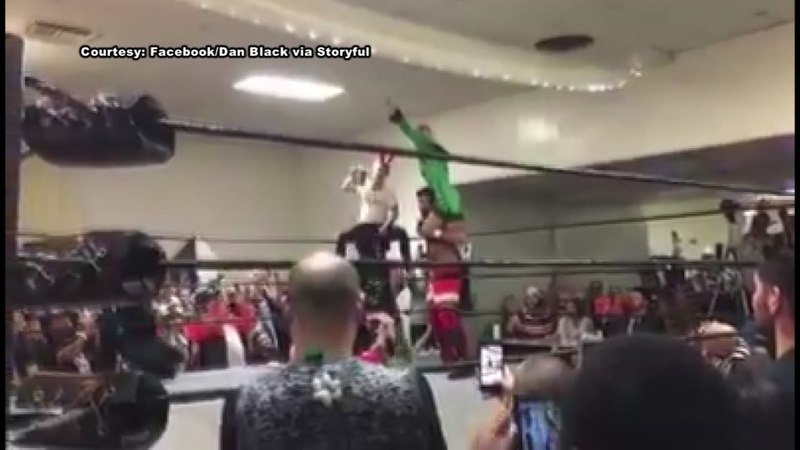 Macaulay Culkin made a surprise appearance at a Christmas-themed wrestling event on Dec. 14.

He knocked out wrestlers by channeling his "Home Alone" character. He used the classic Kevin move of throwing marbles on the floor. Later, Culkin used a bucket tied to a string to hit one wrestler in the face.

Dan Black, host of the pro-wrestling podcast Comedians of Wrestling, captured the moment Culkin jumped in to the ring. The crowd can be heard cheering "Culkin," and "Home Alone." Culkin is then thrown to the ground by Santa Claus, who pins the other wrestler, winning the match.

According to wrestling fan website Pro Wrestling Sheet, event organizers were told the fight was being filmed for a new YouTube series Culkin is planning to launch.