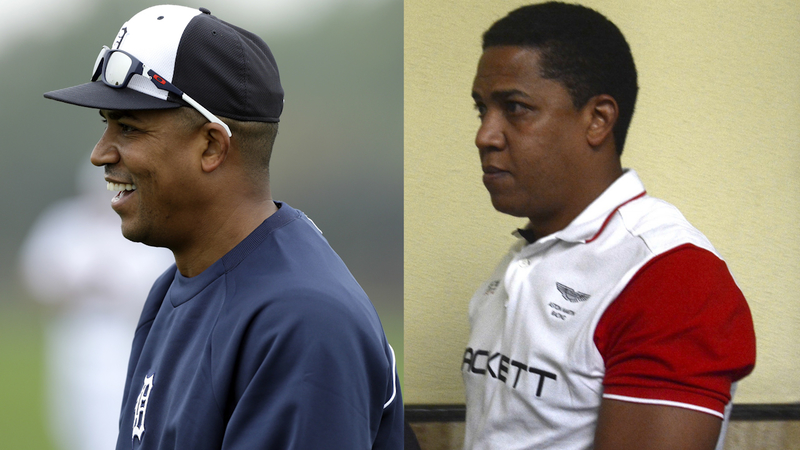 Dominican Attorney General Jean Alain Rodríguez said police are also actively pursuing the alleged leader of the ring, César Emilio Peralta, also known as "César the Abuser." Castillo - not the current Cincinnati Reds' pitcher - has not yet been arrested.

"Eighteen other people are linked to this network, including athletes and baseball players Octavio Dotel and Luis Castillo," Rodríguez said in a news conference, calling it "the most important drug trafficking structure in the region."

He said Peralta created a complicated system of companies to hide the origins of his assets, using members of his family and social circles, "including two sports figures in the Dominican Republic."

Rodríguez said the U.S. government and police agencies participated in the investigation.

Dominican officials say a 1,050-kilogram shipment of drugs heading from South America to Puerto Rico was one of several seizures attributed to this ring.

"The truth is my country no longer works, my God, do you think that after making millions of dollars in Baseball I am going to dirty my hands with drugs?" the former player wrote.

Castillo was a three-time All-Star, won three Gold Gloves and was a member of the 2003 Florida Marlins team that won the World Series.