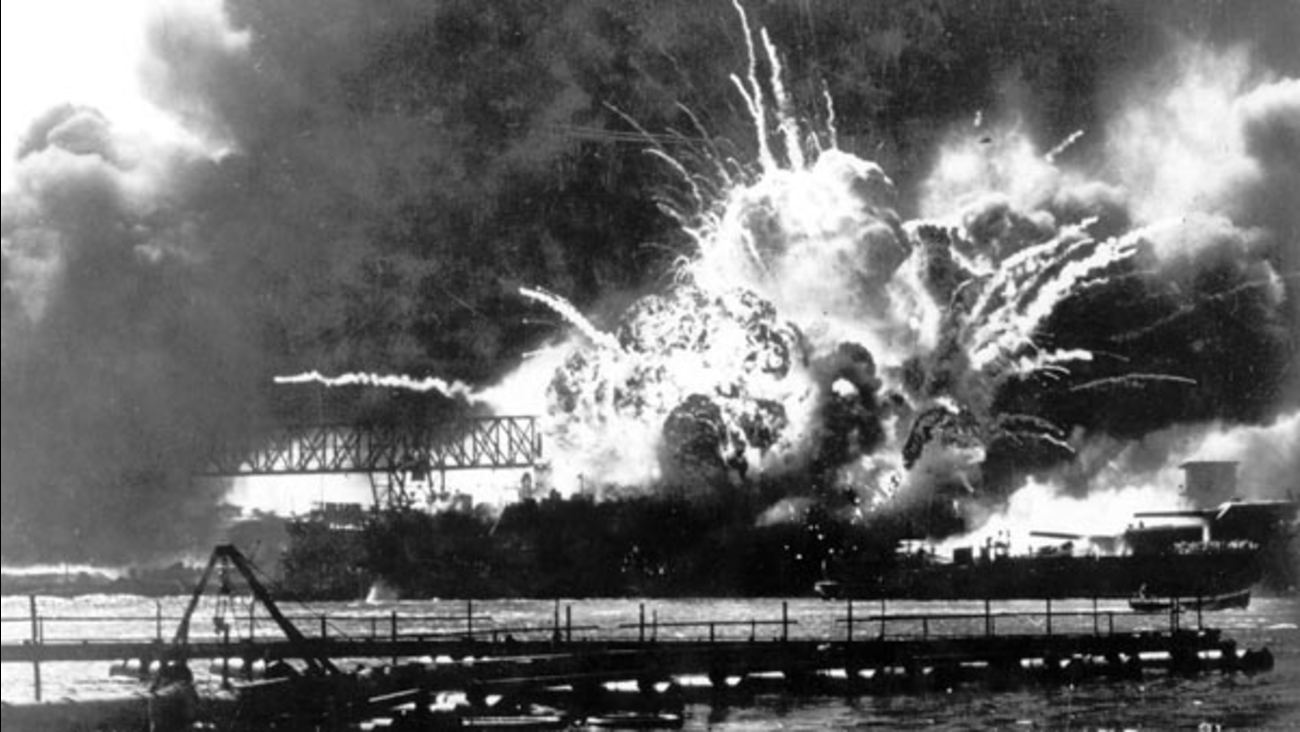 FILE - In this Dec. 7, 1941 file photo, the destroyer USS Shaw explodes after being hit by bombs during the Japanese surprise attack on Pearl Harbor, Hawaii. (AP File Photo)

SAN ANTONIO, TX -- The nation's oldest female military veteran is dead. She was 108.

Lucy Coffey was found dead in her bed in San Antonio Thursday morning. Friend Queta Marquez, Bexar County veterans' service officer, said Coffey had been sick for about a week and had a chronic cough.

The Indiana-born farm girl was working at a Dallas grocery store the day Japan attacked Pearl Harbor. The San Antonio Express-News reports that she quit the store in 1943 to join the new Women's Army Auxiliary Corps, which stationed her around the Pacific. She spent a decade in Japan before she moved to San Antonio.