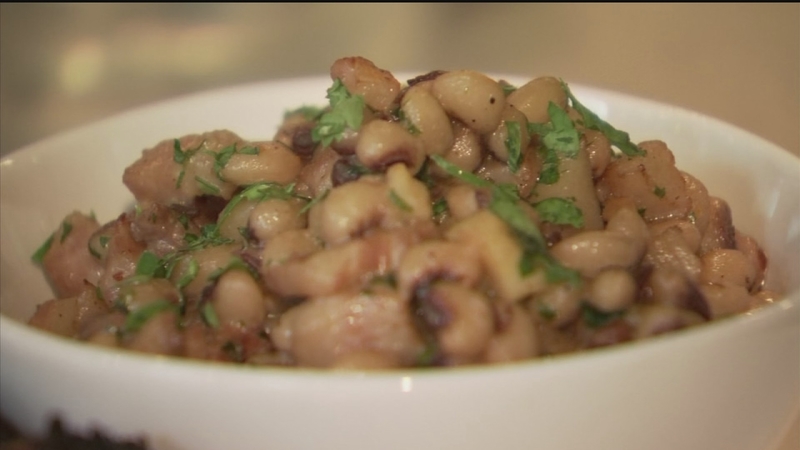 HOUSTON, Texas (KTRK) -- Many of us like to ring in the New Year with things that will bring us good fortune in the year to come. For luck, some believe in eating traditional foods.

The legend of the black-eye peas goes back to the Civil War. The Union troops apparently ruined all of the southern crops except the black-eyed peas.

"So, the South had a bunch of black-eyed peas, and that's all they had to eat for a while," Dish Society owner Aaron Lyons told ABC13 in 2014. "It represents good luck and humble beginnings."

According to Lyons, there's no better day than New Year 's Day to eat your veggies. Sauerkraut is a German tradition. The Irish eat cabbage. Texas does collard greens.

"The pig represents progress because they're always moving forward," Lyons said. "When they eat, they're pushing forward. It also represents wealth and prosperity based on their generous fat content."

Tamales are a Latin American tradition because of the pork and the corn. Because corn is the color of gold, it also means wealth and prosperity. Many southerners also choose cornbread.