By Alex Samuels, The Texas Tribune 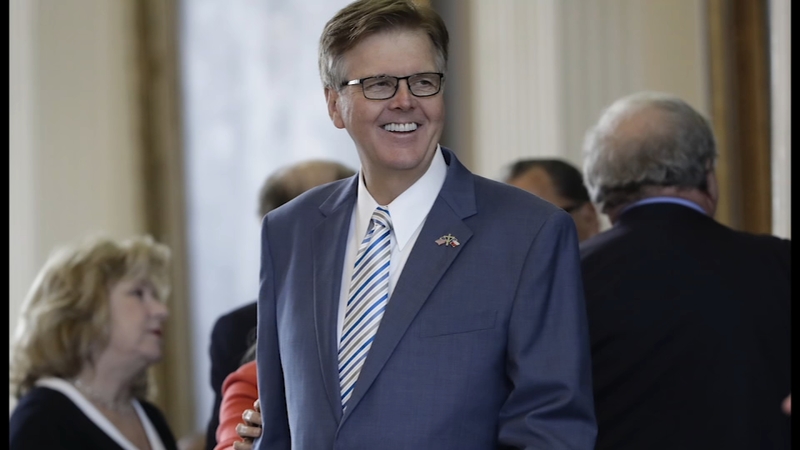 Addressing racism in the country - a longstanding issue brought to the forefront again after the death of George Floyd in police custody last week, is "an issue of love" that can be resolved through "loving God" Lt. Gov. Dan Patrick said last night.

"I look at this and it breaks my heart what I'm seeing - from the original crime that was committed by the police officer on George Floyd to what's happening in our streets," said Patrick, speaking to Fox News host Shannon Bream. "We have racism in this country, Shannon. But it's really an issue of love. It's loving God. If (if) you cannot love your fellow man, if you don't love God - and we have a country where we've been working really hard, particularly on the left, to kick God out. We need a culture change to address this racism."

The lieutenant governor said that crime against Floyd, a black man who was filmed crying out for help as a white police officer pinned him to the ground with a knee to his neck, was "a crime against black America" and expressed gratitude that protests for him have been mostly "peaceful" in Texas. Over the past week, protesters in several Texas cities have taken to the streets demanding justice for his death, which at times have become antagonistic and violent.

Patrick is not the first elected official in Texas to condemn Floyd's death and the actions of the officers involved. But he's been one of the first top officials in Texas to invoke religion as being a necessary element of cultural change in the country.

"God has been left out of this equation for all of this and we need tremendous healing," Patrick said. "We cannot heal through commissions and blue-ribbon panels and more laws. We can only heal ourselves if we really heal and love one another."

Minnesota Attorney General Keith Ellison increased charges Wednesday against the former officer who knelt on Floyd's neck and also charged the other three officers who were present during the incident.

Once the involved officers are tried in court, Patrick said, "we have a lot of healing to do."

During his interview, Bream also asked the lieutenant governor about recent comments made by former Trump Defense Secretary James Mattis, who told The Atlantic that Americans should come together without President Donald Trump.

"Donald Trump is the first president in my lifetime who does not try to unite the American people - does not even pretend to try," said Mattis, who resigned in 2018. "Instead he tries to divide us. We are witnessing the consequences of three years of this deliberate effort."

"I think the timing was terrible," Patrick said of his comments. He later adds that Mattis' comments are, "just another distraction along the way of a country that's broken deep inside."