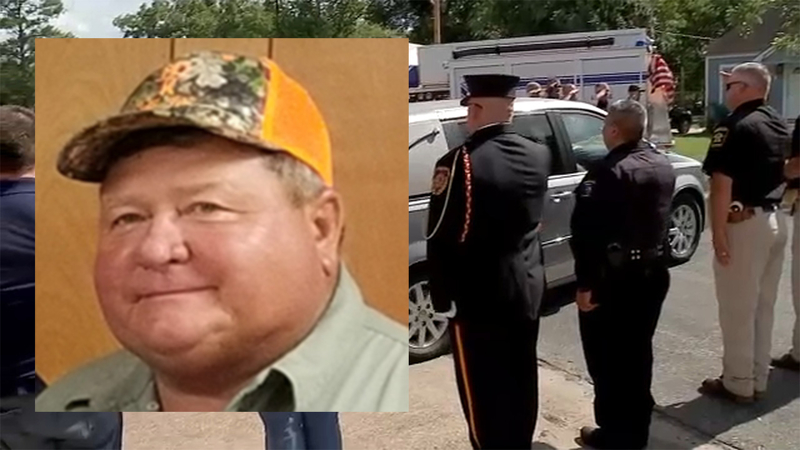 EL CAMPO, Texas (KTRK) -- The Louise Volunteer Fire Department is down one-fifth of its active members after a deadly crash.

DPS state troopers say 60-year-old Steven Henderson and another firefighter were hit by a driver while they were inspecting their fire truck on the side of FM-647 on Monday, Oct. 7.

The driver who hit them is also a member of the same fire department, who was driving a dually pick-up truck.

Investigators say it happened around 8:55 p.m. when the on-duty firefighters were stopped on the small two-lane road to check out their front tires.

Louise Volunteer Fire Chief Tommy Johnston said the three men all responded to the same fire call minutes before. He said Henderson and his partner were in a fire tanker truck while the other firefighter was in his personal pick-up truck.

Johnston says Henderson and his partner left the fire scene first and drove up FM-647 where they had to turn around. The third firefighter left the scene shortly after, driving up the same road and did not see the fire tanker truck parked in the roadway, or the two men standing outside of it.

Troopers say the emergency lights on the tanker truck were not on, but the headlights were. Henderson was transported by LifeFlight to Memorial Hermann Hospital with severe injuries.

"I asked (Henderson) if there's anything he wanted to tell the department before I left and he said 'Yeah. Tell everybody I say 'Hi.' That was the last thing I spoke to him about," said Johnston.

The other firefighter who was hit was taken by ambulance to Oak Bend Richmond with non-life threatening injuries and was released several days later. The third firefighter was not injured.

Johnston says the third firefighter previously told him he never saw the truck or two men standing near it on the dark road.

DPS investigators say the third firefighter who hit them is not facing any charges, calling this an unfortunate crash.

Henderson was also the drainage foreman for the Wharton County drainage district, according to the online obituary posted on the Triska Funeral Home's website.

He leaves behind his wife, daughter, step-son, mother and three sisters, along with several nieces and nephews.