Angler reels in camera of photographer attacked at lake 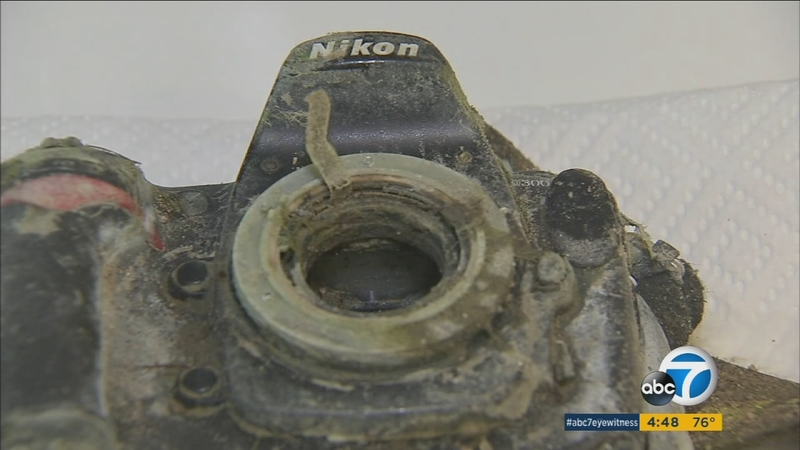 HESPERIA, CA -- While fishing with family at Hesperia Lake in California on Wednesday, Shelly Hirst made an unusual catch.

It wasn't fighting back like a fish on her line, she recalled. As she reeled the item in, she discovered she had hooked a camera.

The Nikon was caked in mud and missing its lens.

But its memory card still worked, and Hirst found about 1,700 photos stored there.

She contacted Eyewitness News and asked for help tracking down the owner.

Not much later, the owner was tracked down. Sister station ABC7 put Hirst in touch with photojournalist David Pardo.

It turned out Pardo had been attacked at the lake in May by two men who didn't want him taking their picture. They sucker-punched him and stomped on his camera before throwing it into Hesperia Lake.

Two people were arrested in the attack a few days later.

Now Pardo is grateful that he has his work back as well. And Hirst is glad she could help out.