Video shows a car driving through a crowd of protesters in Hollywood and being chased down and attacked.

A car drove through a crowd of protesters in Hollywood and was chased down and attacked by people in another vehicle Thursday night.

LOS ANGELES -- One person was hurt when a vehicle ran into a small crowd of people protesting police brutality in Los Angeles Thursday night, authorities said.

The driver of a blue pickup truck got into an argument with demonstrators and struck the protester who was standing in the street as the driver tried to get away, police said in a statement. The protester was taken to a hospital with minor injuries.

A few minutes after that incident, the driver of a white Prius also got involved in an argument with protesters and then tried to drive off, police said. A group of protesters in a black pickup truck chased down the white sedan and cut it off. They and another group of people in a green Mustang confronted the driver and banged on the sedan's windows.

"The driver of the Prius attempted to flee the area and reversed into a green mustang behind it," the police statement said.

The Prius was then able to get away, but police say the driver was detained by Hollywood officers a few blocks away. No one was hurt in the second incident, police said.

No arrests were announced. Police were continuing to gather information about both incidents.

A few dozen demonstrators marched through Hollywood for hours on Thursday, one of many protests across the country demanding justice for Breonna Taylor. Demonstrators were angered after it was announced that the officers who shot the Black woman in her Louisville, Kentucky apartment during a drug raid last March wouldn't be charged with her death. 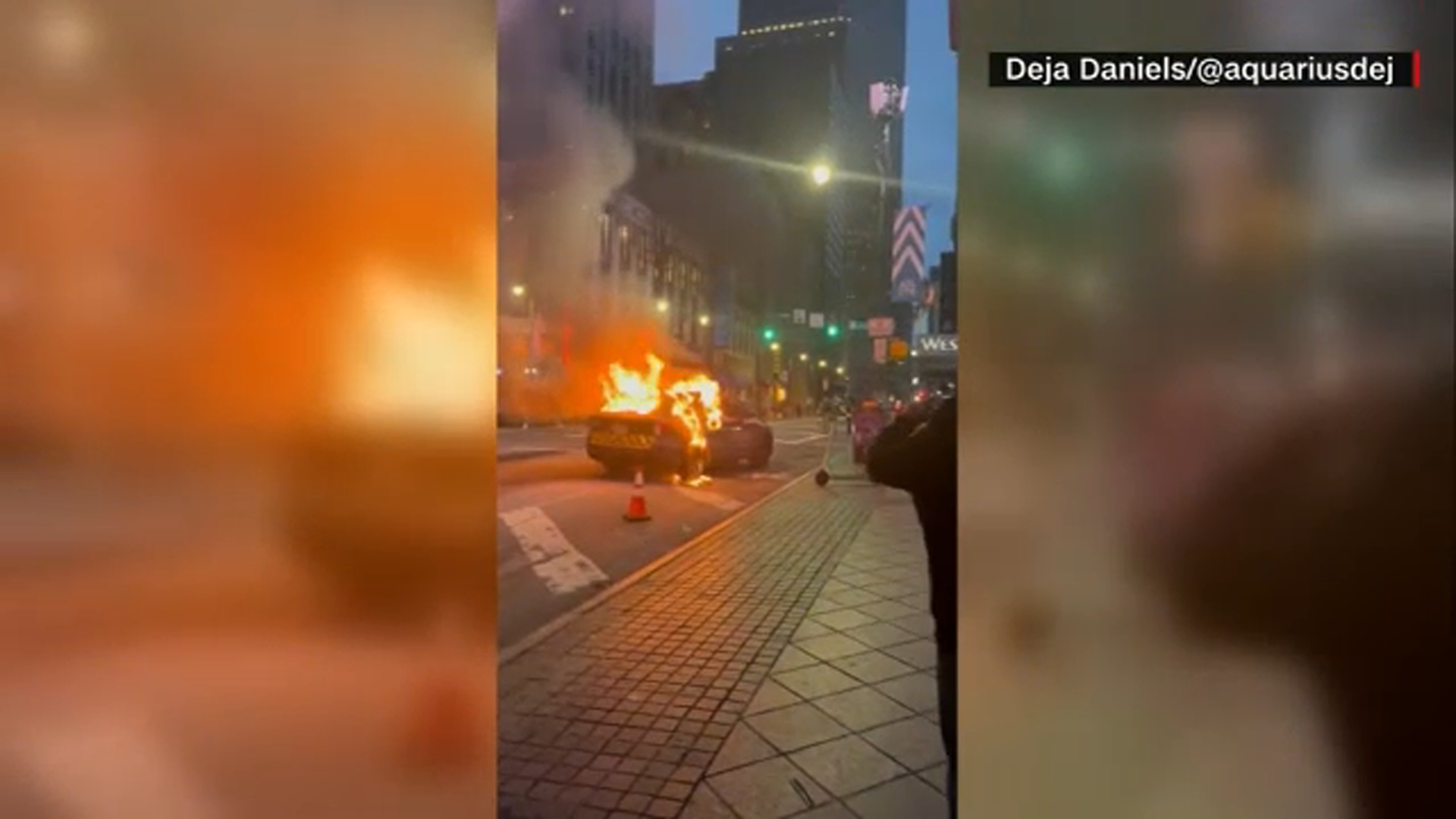