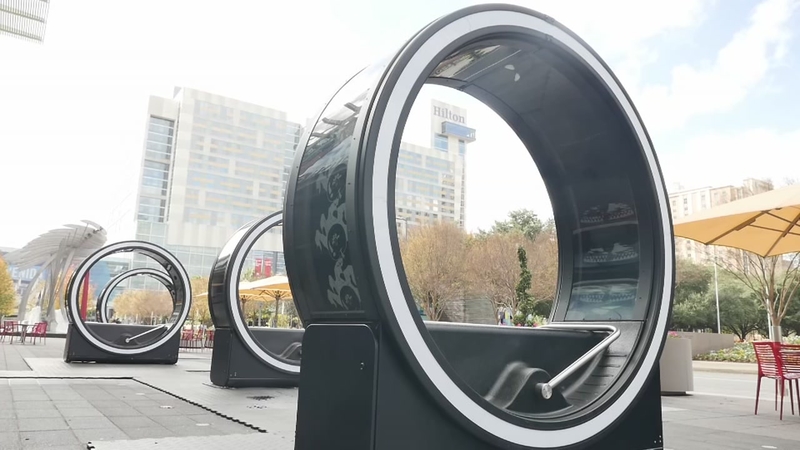 Check out the zany new zeotropes around the GRB

It's an optical toy invented in the 19th century, predating the animated film, and one which shows images in rapid succession, creating the illusion of motion.

That is the official definition from Houston First, which is bringing 12 giant zoetropes to Avenida Houston in a free, family-friendly, illuminated musical installation called simply "Loop."

For more on this story visit our partners at Culturemap.
Report a correction or typo
Related topics:
community & eventshoustonartinstagramhouston culturemap
TOP STORIES
Arrest made in case of Alvin abduction, sexual assault of a minor
20-year-old shot to death during break-in of Conroe home, police say
Man accused of dismembering mom's body after murder appears in court
Houston Astros on pace for record beer year
Astros Game 6 guide: Closures around Minute Maid Park back on tonight
The University of St. Thomas offers low-cost counseling services
JJ Watt on Texans: 'It hurts me to see where' fan base is now
Show More
More truck drivers needed to assist with US' supply chain shortage
Don't get stuck in these traffic closures this weekend
Warrant: Baldwin didn't know weapon contained live round
Prop guns: What they are and how they can kill
4 teens accused of luring victim to his death in SE Houston
More TOP STORIES News