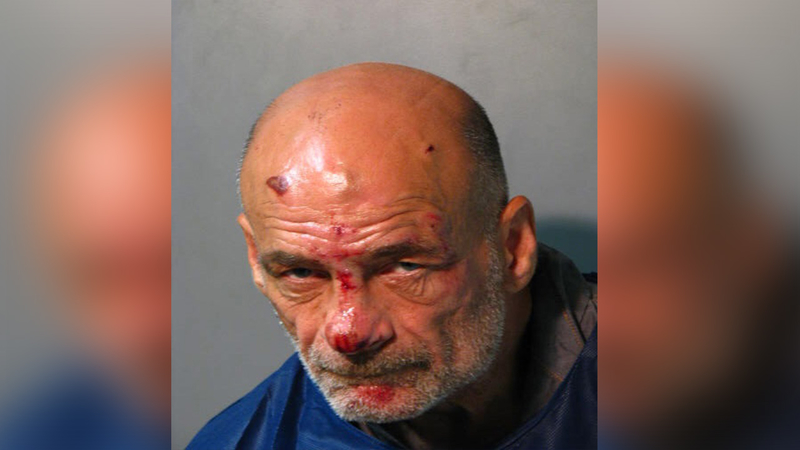 EAST MEADOW, Long Island -- Police have arrested a man who they say kicked a doctor and lit bed sheets on fire at a Long Island hospital.

Officials say Joseph Hores, 56, became combative with hospital staff at Nassau University Medical Center after they refused to give him the treatment he wanted. While he was lying in his bed, Hores kicked his doctor in the face, which rendered the man unconscious.

When hospital public safety officers tried to intervene, Hores then punched an officer in the face. The officer suffered a contusion.

Hores was eventually restrained. While in his bed, Hores was then able to access a cigarette lighter from his pocket and lit his bed sheets on fire. The fire was quickly extinguished, and no further injuries were reported.

The doctor who was kicked in the face was treated for a concussion.

Hores was arrested and charged with two counts of assault, arson, and criminal mischief. He was arraigned on Sunday in Hempstead.

A spokesperson for Nassau University Medical Center released a statement Sunday: "Nassau University Medical Center security officers responded to a report of a confrontation between a patient and a doctor. As a result of this immediate response by security personnel and demonstrated professionalism, the suspect has been apprehended and is currently in police custody. The doctor remains in stable condition and is being treated for minor injuries. We will continue to cooperate with law enforcement authorities throughout their continuing investigation of the incident."
Report a correction or typo
Related topics:
new yorkassaultattackhospitalu.s. & worldarson
Copyright © 2022 WABC-TV. All Rights Reserved.
TOP STORIES
Timeline breaks down Uvalde school massacre
Delta Airlines to cut daily flights in July to decrease load
NRA day 1: Trump calls for school security overhaul in Houston speech
Beto O'Rourke, Parkland survivor challenges NRA in Houston protest
Official admits police made 'wrong decision' in TX shooting
Here's your holiday weekend forecast
Man sentenced life in prison for killing Spring couple in their home
Show More
Texas survivor apologized to dad for blood on clothes, losing glasses
Massacre survivor says gunman told them: 'You're all gonna die'
4th grader 'did what she had to to survive' Uvalde shooting, aunt says
KIPP HS student detained for cyber weapon threat, officials say
'Broken': Mental health availability, funding 'not enough'
More TOP STORIES News