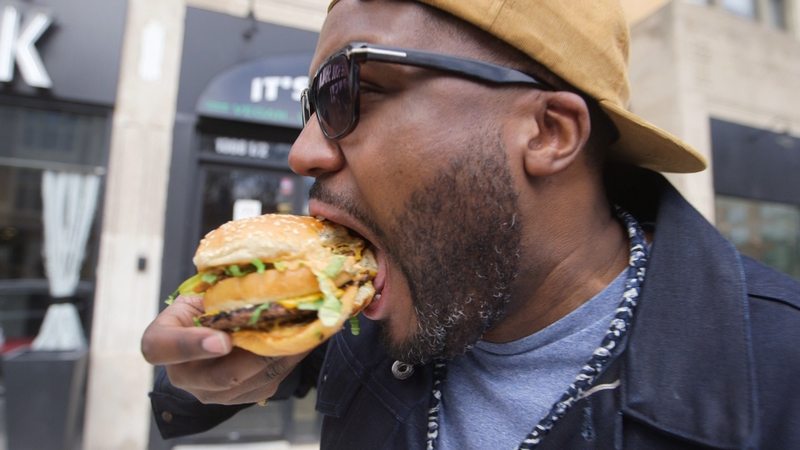 CHICAGO -- Can't Believe It's Not Meat, a fast-food restaurant in Chicago's Hyde Park neighborhood, had lines out its door from the minute it first opened. Then Tabitha Brown showed up.

"She literally had the restaurant shut down - 200 tickets coming in at one time for egg rolls," said chef and owner Laricia Chandler Baker.

Brown, a vegan social media influencer with millions of followers on TikTok, Instagram, and Facebook, was finding out what many local music artists, actors, and plant-based connoisseurs already knew: Can't Believe It's Not Meat was changing the game in Chicago with meatless versions of fast-food favorites.

They became so popular, they had to open a second location in Orland Park just two years after their start.

Baker, also known as "Chef Fab," opened Can't Believe It's Not Meat soon after she and her family adopted a vegetarian diet. She reimagined comfort food staples like Italian beef sandwiches, cheeseburgers, and pizza puffs into meatless munchies impressed her friends and acquaintances.

"People's first phrase would be 'Oh my god I can't believe this isn't meat,'" she said. "So I'm like, we should do a restaurant and call it 'Can't Believe It's Not Meat'."

The restaurant's menu was inspired by Chef Fab's cravings. She was five months pregnant when first getting the restaurant off the ground. "The Big Mik," a vegan take on a fast-food giant's popular burger, is a best seller.

"People literally order like five at a time," Baker said.

As an African-American woman and business owner, Baker is proud of her efforts to create a healthier alternative to fast food in her neighborhood.

"Just to be able to change a person's lifestyle, the way they eat, and to become a better person, it just feels so great," she said.