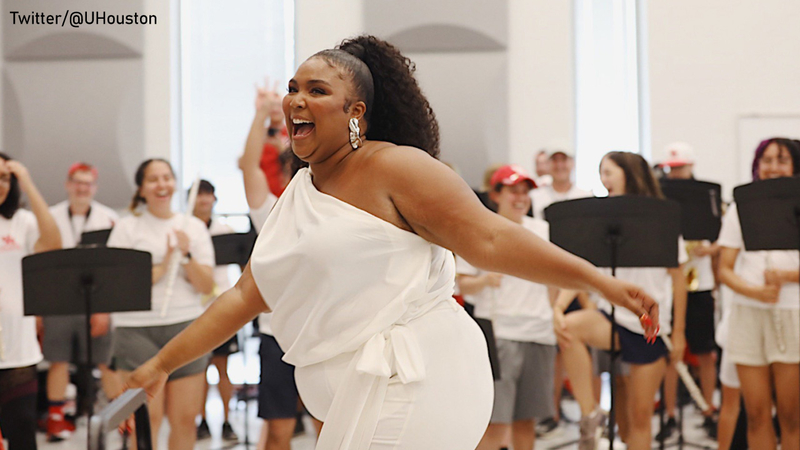 Mayor Turner wants to give Lizzo her own day in Houston

HOUSTON, Texas (KTRK) -- Star performer Lizzo is getting yet another invite to be recognized in her hometown.

Houston Mayor Sylvester Turner gave her a shout-out on Twitter, saying he'd like to invite her to be recognized by the city in January for her achievements.

"From her humble beginnings at @UHouston to now singing in front of millions, @lizzo continues to be a rising star," Turner wrote. "I would like to extend an invite for our city to recognize her in January."

From her humble beginnings at @UHouston to now singing in front of millions, @lizzo continues to be a rising star.

I would like to extend an invite for our city to recognize her in January. pic.twitter.com/nuFjCTWfGs

Though we don't know for sure if it'll happen, Lizzo did give a nod to the schools she attended as a student in Alief ISD.

"I grew up in Alief ISD, Hicks > Youngblood > Albright > Elsik," she wrote, capping off the response with an emoji typically used to represent H-town.

We could see Lizzo in town soon for another reason.

The Houston Rockets invited the singer to show off her moves at a game with the Clutch City Dancers after controversy at a Los Angeles Lakers game earlier in December. Social media exploded with fat-shaming over her exposed, thong-covered backside as she danced at a Lakers game while the team's cheerleaders performed to her hit "Juice."

"Lizzo, we like your moves!" read a Tweet posted on the official Rockets Twitter account. "You have an open invite to come home to Houston and dance with Clutch City Dancers on the court any time!"

Lizzo said she'll be there.

Lizzo has had quite a year. On top of earning a whopping eight Grammy nominations, she was also recently voted Time's Entertainer of the Year.

Seeing Lizzo back in Houston, especially as a Clutch City Dancer, would be monumental. Check out the video to see one of her last visits to H-town: