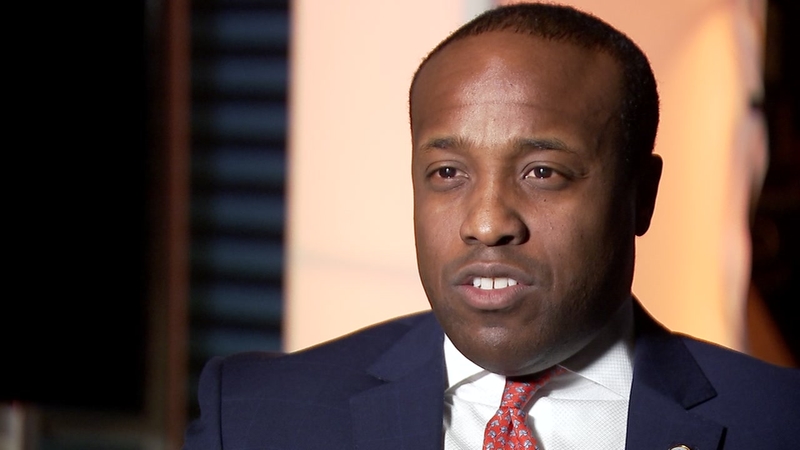 HOUSTON, Texas (KTRK) -- She's been in office less than three months and newly-elected congresswoman Lizzie Fletcher already has an opponent.

Wesley Hunt is a Houston-born and raised conservative set to announce his candidacy for Texas' 7th Congressional District on Tuesday.

He's a West Point and Cornell graduate who flew combat missions in Iraq. He spoke exclusively with ABC13 Eyewitness News Monday afternoon about running for Congress.

He says he'd like to see more veterans in Washington because he believes they can work together to advance the nation's core values without as much partisan rhetoric.

"This is the fewest number of veterans we've seen since World War II," he said of those in Congress. "And the key thing about veterans is we believe in accomplishing the mission. We have the ability to block out a lot of the noise in order to make sure the mission gets accomplished. And I think that's what's lacking in Washington today."

Fletcher, a Democrat, beat long-time Republican Congressman John Culberson in a hotly-contested race for that seat in November. It was one of the key races that flipped the House from Republican to Democrat control.