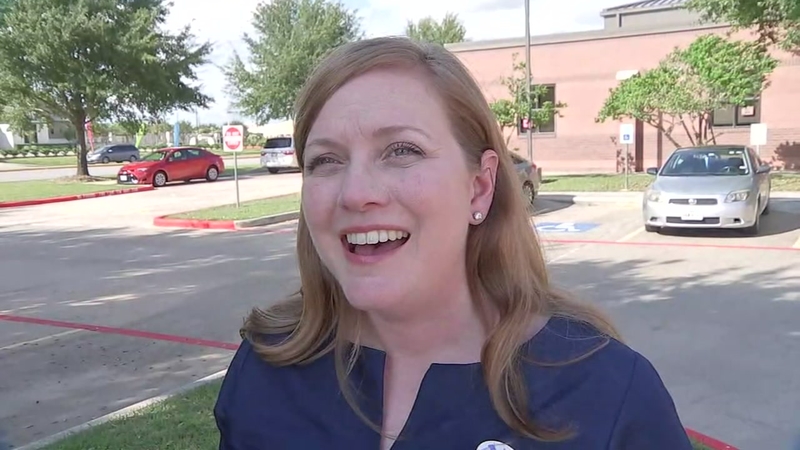 Fletcher hoped to turn Texas' Congressional District 7 blue for the first time in 18 years with a message on affordable health care.

The native Houstonian and law firm partner is the co-founder of a Planned Parenthood young leaders' group, and also sits on the board of multiple nonprofits.

She said before Tuesday's vote that she has fought hard for Houstonians, both Democrats and Republicans, in her work.

Fletcher raised more than $5 million, which doubled the amount Culberson raised. Much of the money was spent on communicating her message to the community.

"We've been working for this for 18 months and we are finally here. To feel the energy and the enthusiasm. I've been meeting people at the polls who say they've seen the commercials, they know who I am, and they're voting for me," Fletcher told Eyewitness News. "All of those things are exciting because that's what we've been working towards, communicating a positive message to voters."

The room is getting fuller as results trickle in. @Lizzie4Congress ahead of @johnculberson in early votes in #TX7 #abc13 #electionday pic.twitter.com/2j8MW4c8Cr